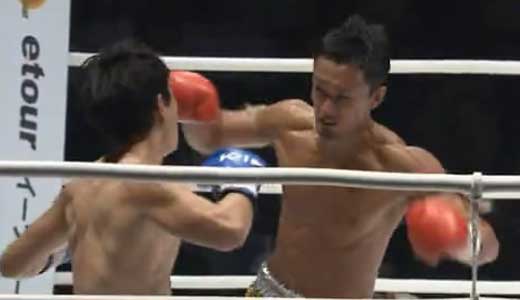 Review: 2012-10-14, astonishing performance by both fighters, amazing pace and one knockdown in the third round: Genji Umeno vs Chan-Hyung Lee seems a classic K-1 Max fight, four stars for one of the best k-1 fights of 2012. Genji Umeno entered the fight with a record of 21-2-0 (he was ranked as the No.9 at Lumpinee Stadium in 2011) while Chan-Hyung Lee had a record of 11-3-1. Umeno vs Lee, superfight during K-1 WGP 2012 Final 16, is on the undercard of Mirko ‘Cro Cop’ Filipovic vs Randy Blake. Watch the video!