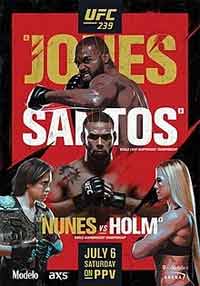 Review by AllTheBestFights.com: 2019-07-06, fight not so exciting between Michael Chiesa and Diego Sanchez: it gets two stars.

The Tuf winner Michael Chiesa entered this fight with a pro record of 15-4-0 (73% submission victory rate – he has never won via ko/tko) and he is ranked as the No.27 welterweight in the world. He lost two consecutive bouts between 2017 and 2018, against Kevin Lee (Michael Chiesa vs Kevin Lee) and Anthony Pettis (Anthony Pettis vs Michael Chiesa), but then he has beat Carlos Condit (Carlos Condit vs Michael Chiesa).
His opponent, the black belt in gaidojutsu, Bjj and Tuf Mw tournament winner Diego Sanchez, has an official mma record of 29-11-0 (55% finishing rate) and he entered as the No.54 in the same weight class. He also lost two consecutive fights, both in 2017, against Al Iaquinta (Sanchez vs Iaquinta) and Matt Brown (Matt Brown vs Diego Sanchez), but then he has won over Craig White and Mickey Gall. Chiesa vs Sanchez is on the undercard of Jon Jones vs Thiago Santos – UFC 239. Watch the video and rate this fight!