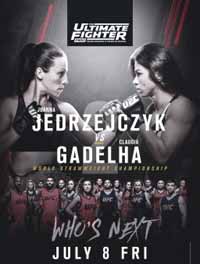 Review by AllTheBestFights.com: 2016-07-08, pretty good finish between Thiago Tavares and Doo Ho Choi but it is not enough to get three stars: it gets two (UFC Performance of the Night).

The black belt in Bjj Thiago Tavares entered this fight with a record of 20-6-1 (80% finishing rate) and he is ranked as the No.16 featherweight in the world. He fought twice last year losing to Brian Ortega (=Tavares vs Ortega) and winning over Clay Guida.
His opponent, Doo Ho Choi, has an official mma record of 13-1-0 (85% finishing rate) and he entered as the No.28 in the same weight class. He suffered his only defeat when he faced Yusuke Kagiyama in 2010, since then he has won 11 consecutive fights beating Sam Sicilia last year (=Sicilia vs Choi). Tavares vs Choi is on the undercard of Joanna Jedrzejczyk vs Claudia Gadelha 2 – UFC Tuf 23 Finale. Watch the video and rate this fight!