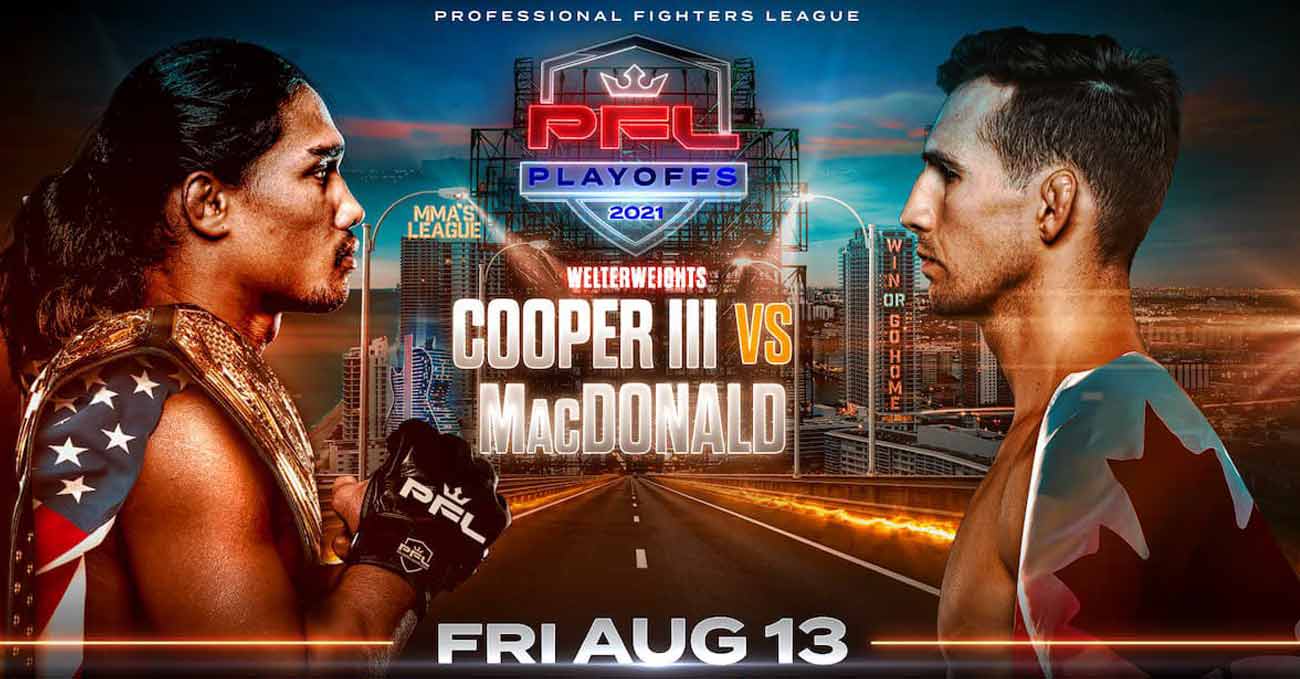 Review by AllTheBestFights.com: 2021-08-13, mma fight not particularly good: Rory MacDonald vs Ray Cooper III gets two stars (take a look at our ranking of the Best Mma Fights of 2021).
Cooper vs MacDonald is the main event of the evening and it is the semifinal of 2021 PFL welterweight tournament – PFL 7. Watch the video and rate this fight!

His opponent, the 2019 PFL Ww champ Ray Cooper III, has an official record of 22-7-1 (95% finishing rate) and he entered as the No.28 in the welterweight division.
He lost to John Howard in 2019 but then he has collected one draw and four consecutive victories beating Jason Ponet and Nikolay Aleksakhin in 2021.