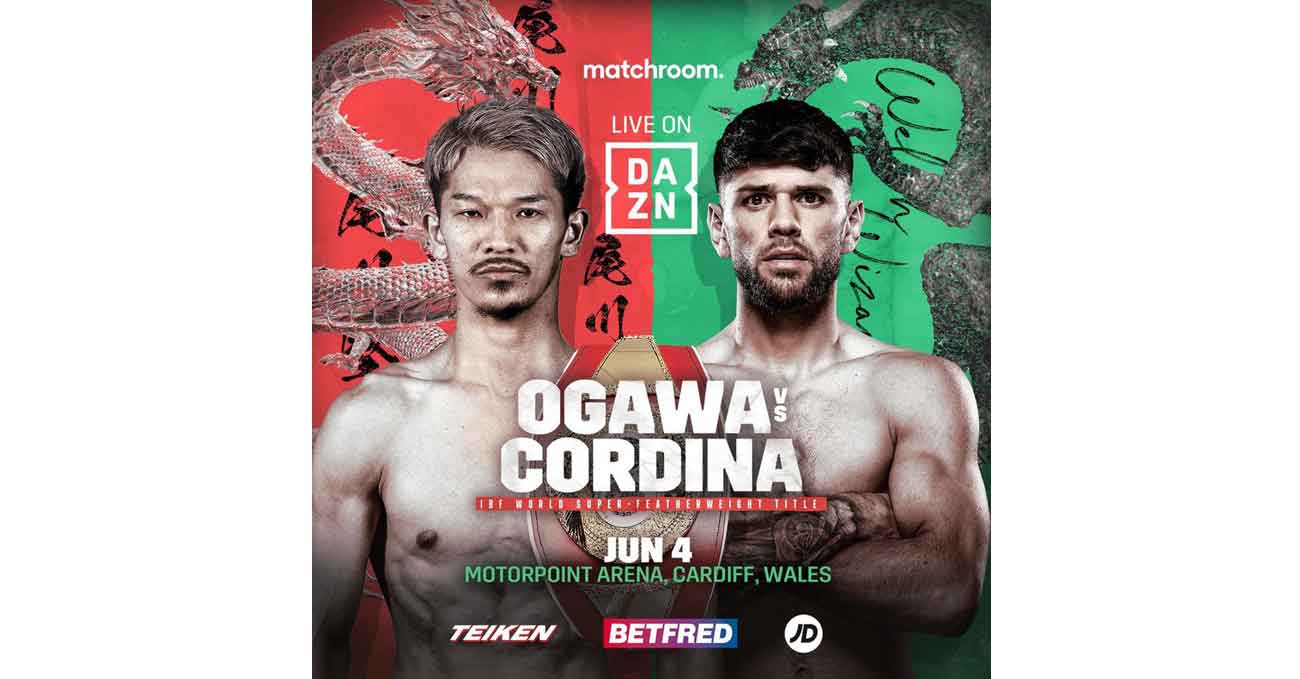 Review by AllTheBestFights.com: 2022-06-04, good start and a spectacular finish: Kenichi Ogawa vs Joe Cordina is one of the best boxing fights of the year 2022 and it gets four stars!
Cordina vs Ogawa is the main event of the evening and it is valid for the IBF World super-featherweight title (Ogawa’s first defense). Watch the video and rate this fight!

The Ibf super-Fw champion Kenichi Ogawa entered this fight with a professional record of 26-1-1 (18 knockouts) and he is ranked as the No.4 super featherweight in the world (currently the #1 in this division is Shakur Stevenson).
He suffered his only loss when he faced Yuki Miyoshi in 2012, since then he has collected one draw, one no-contest with Tevin Farmer in 2017 (Kenichi Ogawa vs Tevin Farmer) and 18 victories taking revenge on Miyoshi in 2013 and defeating Azinga Fuzile in his last one (Azinga Fuzile vs Kenichi Ogawa).

His opponent, the undefeated former Olympian Joe Cordina, has a perfect boxing record of 14-0-0 (8 knockouts) and he entered as the No.24 in the super featherweight division.
In his last three bouts he has won over Faroukh Kourbanov, Joshuah Hernandez and Miko Khatchatryan.