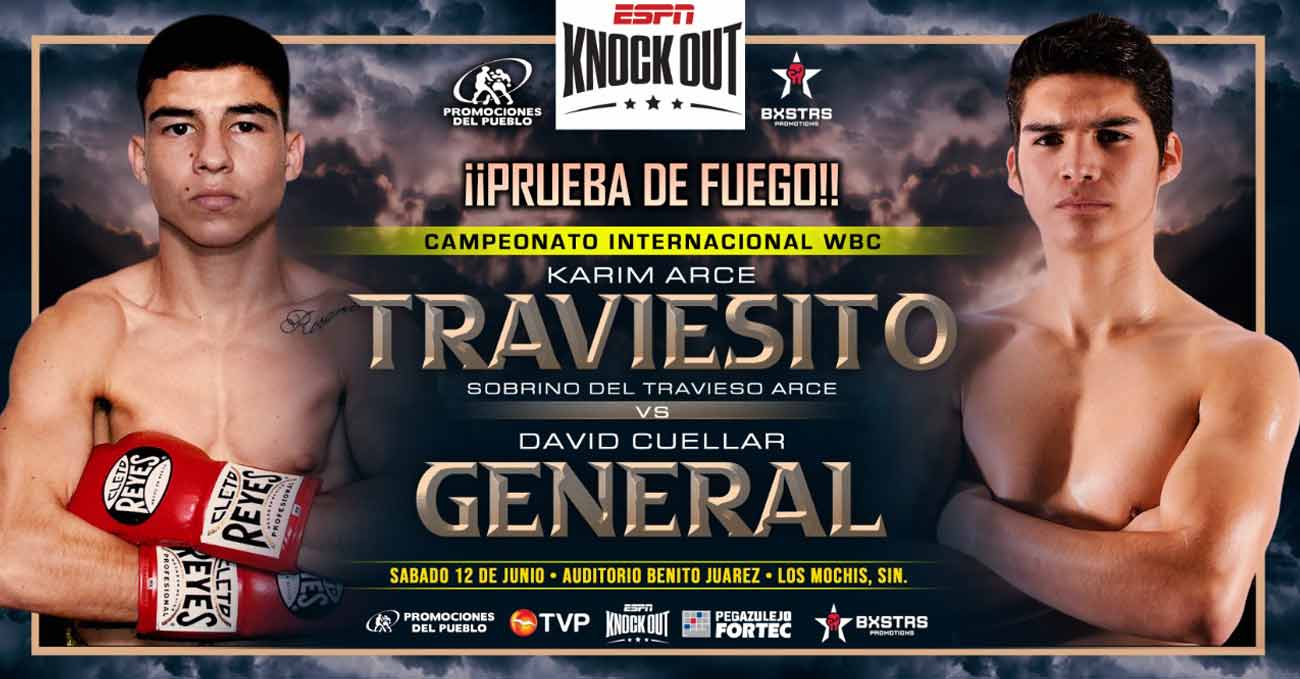 Review by AllTheBestFights.com: 2021-06-12, good performance by both fighters: the boxing fight Karim Arce vs David Fernando Cuellar gets three stars (take a look at our ranking of the Best Boxing Fights of 2021).
Cuellar vs Arce is the main event of the evening and it is valid for the vacant WBC Youth Silver bantamweight title. Watch the video and rate this fight!

The undefeated Karim Arce entered this fight with a pro boxing record of 18-0-2 (8 knockouts) and he is ranked as the No.103 super bantamweight in the world.
In his last three matches ‘Traviesito’ Arce has won over Mauricio Fuentes, David Martino and Jesus Carlon.

His opponent, the undefeated David Fernando Cuellar, has a perfect record of 18-0-0 (11 knockouts) and he entered as the No.27 in the super flyweight division.
In his last three bouts ‘General’ Cuellar has beat Ivan Meneses Flores, Irvin Ordaz and Hector Robles.

Selection of the best videos about the fight Karim Arce vs David Fernando Cuellar. If you have seen the full fight you can rate it at the bottom of this post.