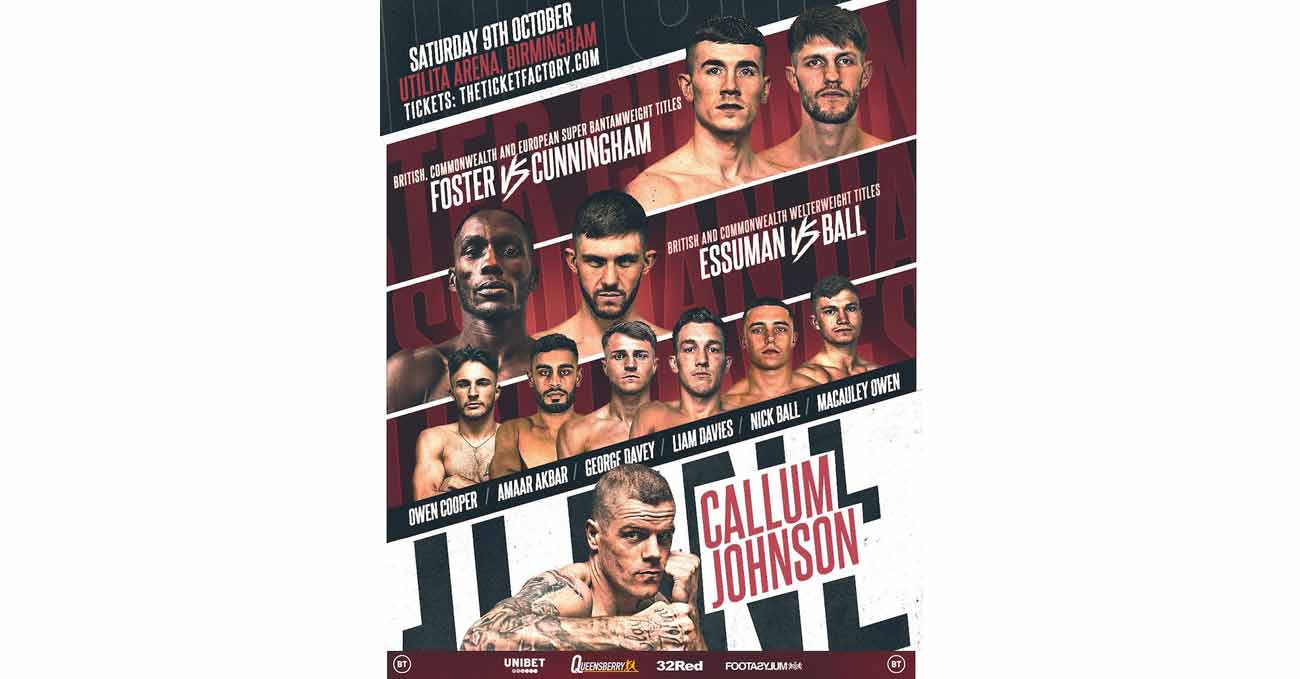 Review by AllTheBestFights.com: 2021-10-09, close boxing fight but not so exciting: Brad Foster vs Jason Cunningham gets two stars (take a look at our ranking of the Best Boxing Fights of 2021).
Cunningham vs Foster is the main event of the evening and it is valid for the EBU European, Commonwealth (British Empire) and BBBofC British super-bantamweight titles. Watch the video and rate this fight!

The undefeated Brad Foster entered this fight with a professional record of 14-0-2 (5 knockouts) and he is ranked as the No.36 super bantamweight in the world.
In his last three matches he has won over Lucien Reid, James Beech Jnr and Alvaro Rodriguez.

His opponent, Jason Cunningham, has a boxing record of 29-6-0 (6 knockouts) and he entered as the No.30 in the super bantamweight division.
He was defeated by Michael Conlan in 2018 (Michael Conlan vs Jason Cunningham) but then he has won five consecutive bouts beating Gamal Yafai in his last one.