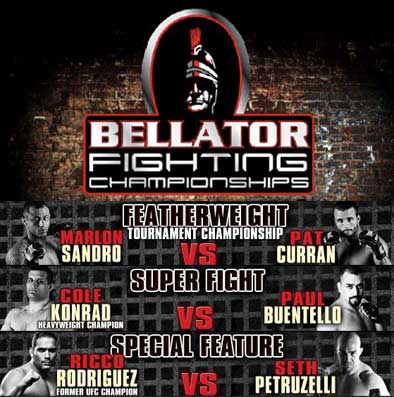 Review: 2011-08-20, Marlon Sandro was dominating a tactical fight against Pat Curran when the American surprised the Brazilian with a right high kick that knocked Sandro out: three stars for the impressive ko. Pat Curran, defeating Marlon Sandro, won the final of the Bellator featherweight tournament (Bellator 48). Watch the video!