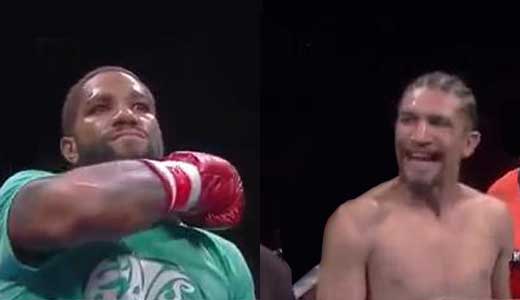 Review: 2013-08-03, great start, one knockdown and one of the best knockouts of the year: Curtis Stevens vs Saul Roman gets four stars. The American Curtis Stevens (24-3-0, 17 KOs) entered as the No.30 middleweight in the world while the Mexican Saul Roman (37-9-0, 31 KOs) entered as the No.27 light middleweight. Stevens vs Roman is valid for the vacant NABF middleweight title; undercard of Tomasz Adamek vs Dominick Guinn. Watch the video!

Result: Click here to show the fight’s result
Curtis Stevens vs Saul Roman (KO at 2:26, round 1)