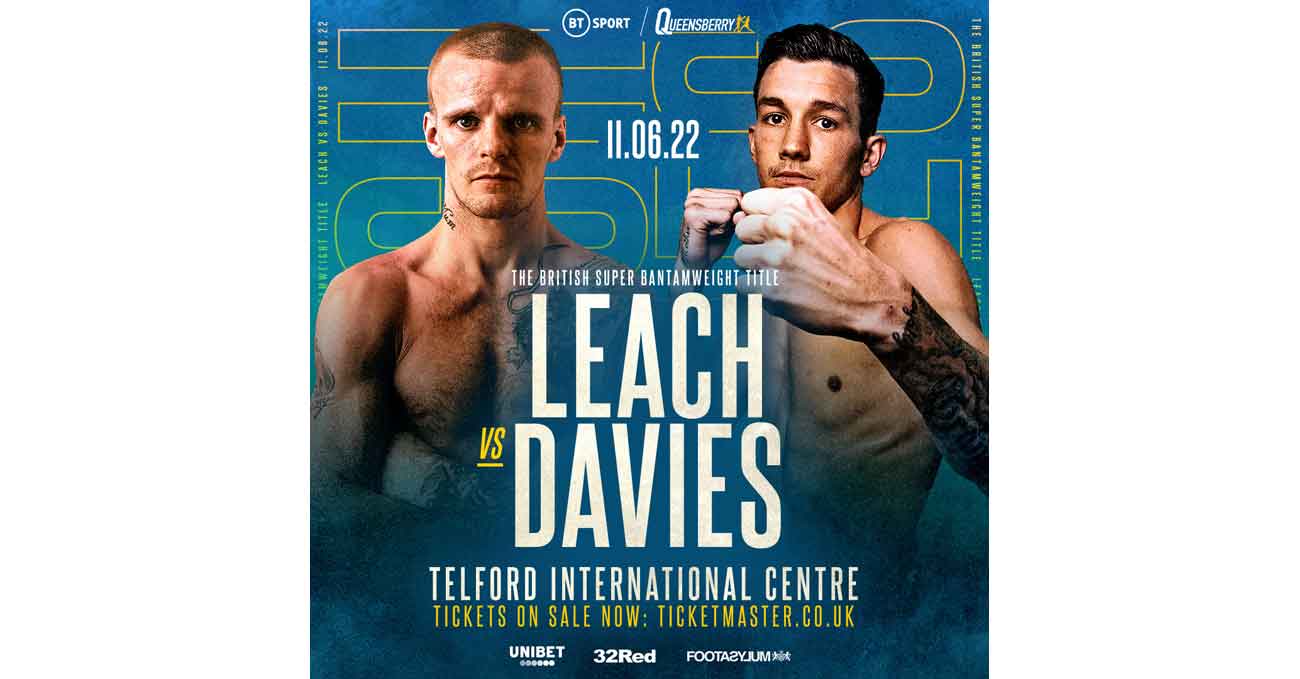 Review by AllTheBestFights.com: 2022-06-11, some good exchanges but it is not enough to get three stars: the boxing fight Marc Leach vs Liam Davies gets two (take a look at our ranking of the Best Boxing Fights of 2022).
Davies vs Leach is the main event of the evening and it is valid for the BBBofC British super-bantamweight title. Watch the video and rate this fight!

Marc Leach entered this fight with a professional record of 18-1-1 (4 knockouts) and he is ranked as the No.36 super bantamweight in the world.
He suffered his only loss at his professional boxing debut against Bobby Jenkinson in 2014, since then he has collected one draw and 18 victories beating Thomas Essomba, Stefan Nicolae and Chris Bourke in his last three (Chris Bourke vs Marc Leach).

His opponent, the undefeated Liam Davies, has a perfect boxing record of 11-0-0 (5 knockouts) and he entered as the No.85 in the super bantamweight division.
In his last three matches he has won over Stefan Slavchev, Raymond Commey and Dixon Flores.