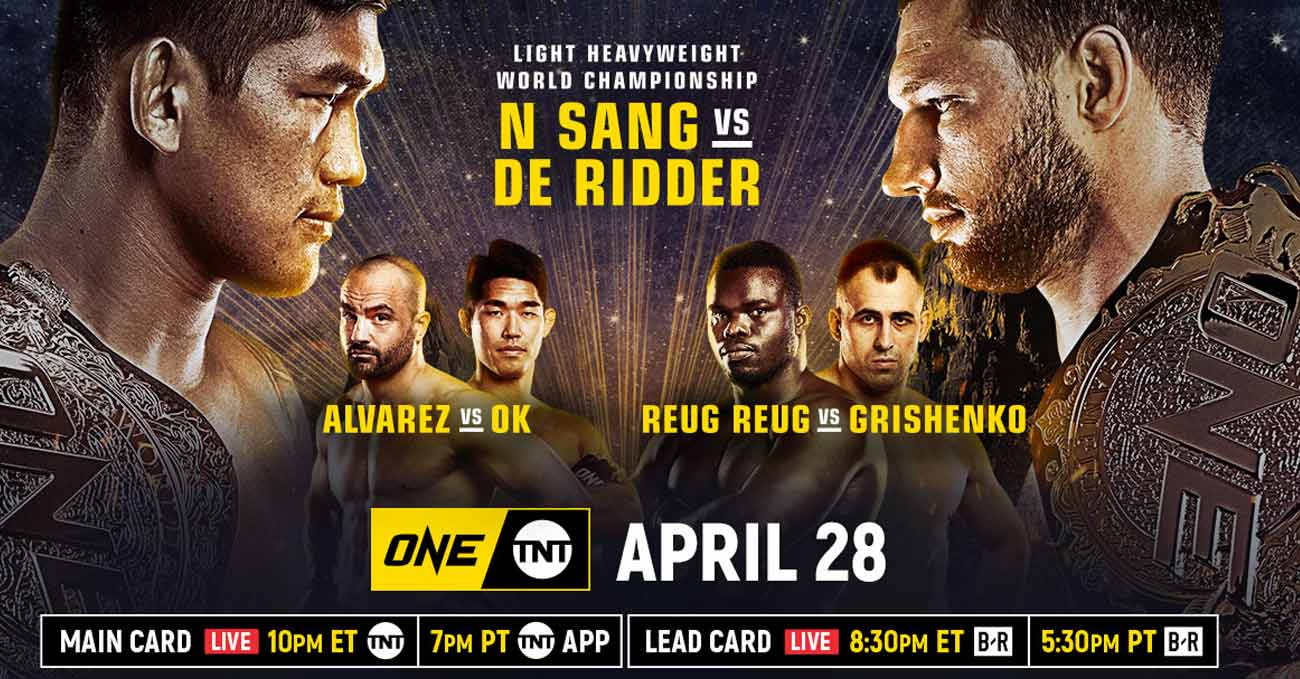 Review by AllTheBestFights.com: 2021-04-28, pretty good mma fight: Aung La N Sang vs Reinier de Ridder 2 gets three stars.
De Ridder vs Nsang 2 is the main event of ONE Championship on TNT 4 and it is valid for the ONE light-heavyweight title (N Sang’s second defense). Watch the video and rate this fight!

The former One Mw and current light-hw champion Aung La N Sang entered this fight with a professional mma record of 26-11-0 (92% finishing rate) and he is ranked as the No.54 light heavyweight in the world.
He beat Ken Hasegawa and Brandon Vera in 2019 (Aung La N Sang vs Brandon Vera), but then he lost to Reinier de Ridder in their first bout in 2020.

His opponent, the undefeated black belt in Brazilian jiu-jitsu and current ONE Mw champ Reinier de Ridder (who replaces Vitaly Bigdash), has a perfect record of 13-0-0 (92% finishing rate) and he entered as the No.28 in the light heavyweight division.
In his last three matches he has won over Gilberto Galvao, Leandro Ataides and Aung La Nsang.

Selection of the best videos about the fight Aung La N Sang vs Reinier de Ridder 2. If you have seen the full fight you can rate it at the bottom of this post.