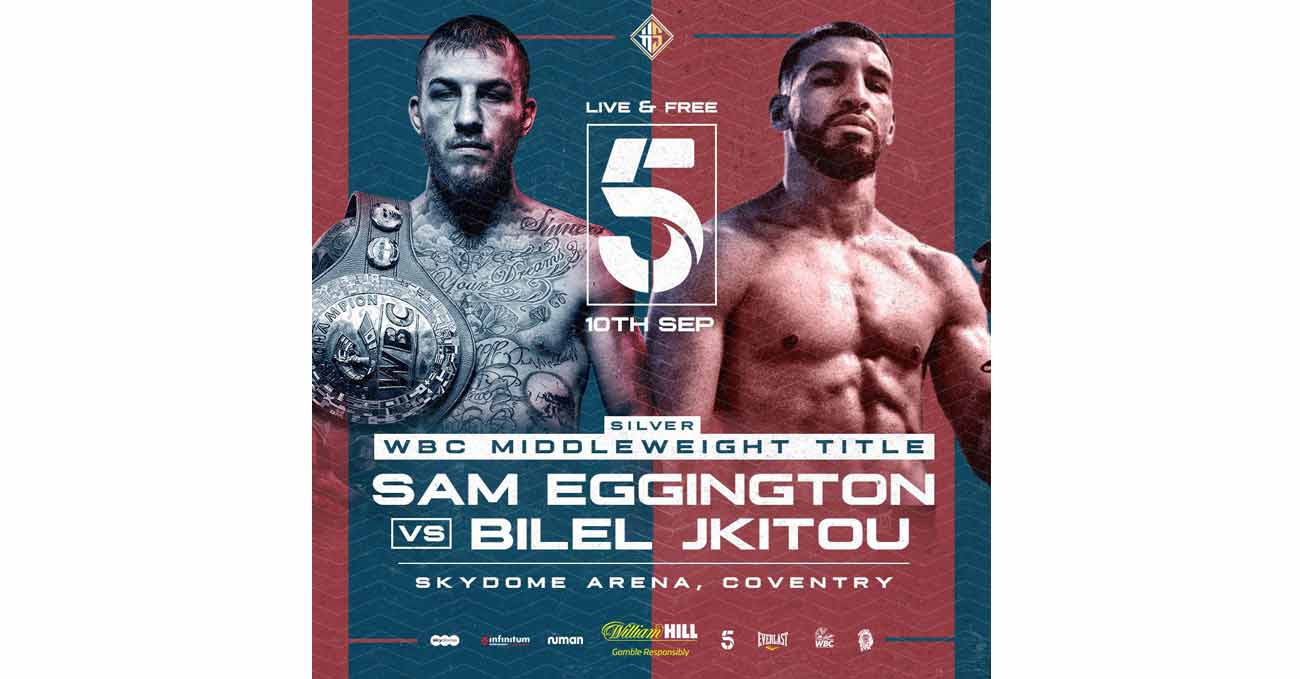 Review by AllTheBestFights.com: 2021-09-10, tremendous pace with some spectacular exchanges: Sam Eggington vs Bilel Jkitou is one of the best boxing Fights of the Year 2021 and it gets four stars (take a look at our ranking of the Best Boxing Fights of 2021).
Jkitou vs Eggington is the main event of the evening and it is valid for the WBC Silver middleweight title. Watch the video and rate this fight!

His opponent, the undefeated Bilel Jkitou, has a perfect boxing record of 15-0-0 (6 knockouts) and he entered as the No.83 in the middleweight division.
In his last three matches he has won over Ernesto Olvera, Felice Moncelli and Gyorgy Mizsei.