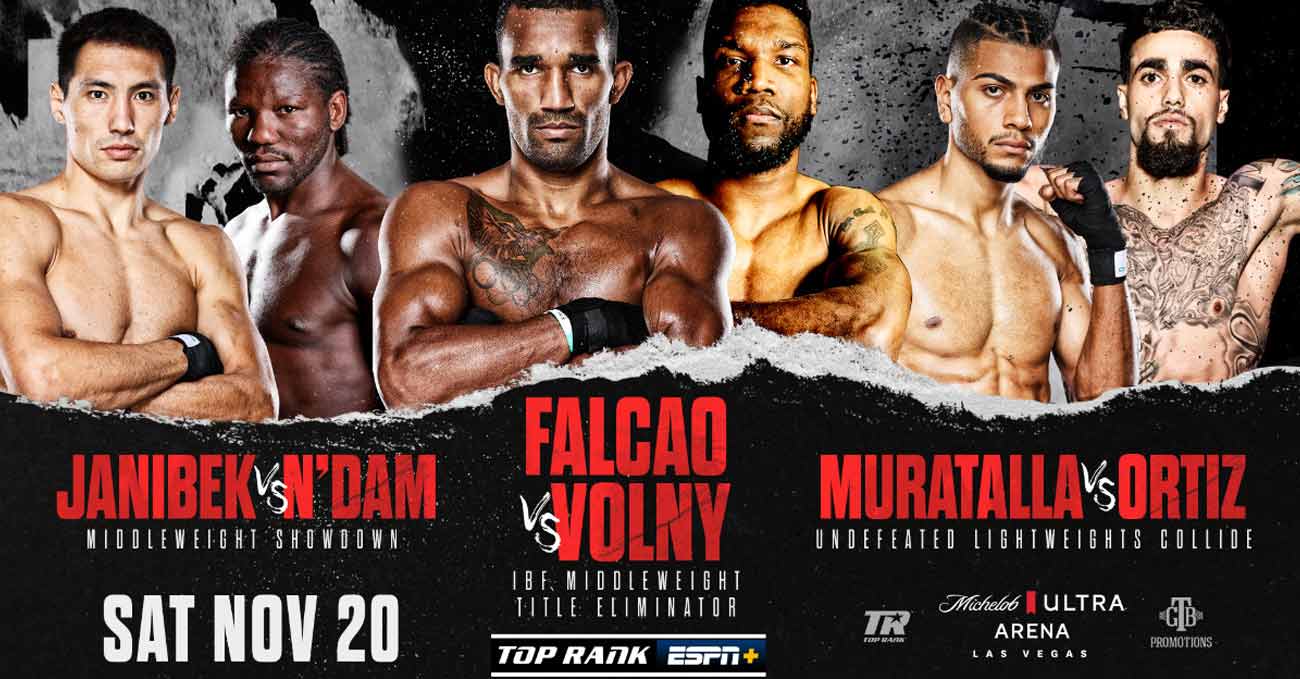 Review by AllTheBestFights.com: 2021-11-20, pretty good boxing fight: Esquiva Falcao vs Patrice Volny gets three stars (take a look at our ranking of the Best Boxing Fights of 2021).
Volny vs Falcao, IBF middleweight title eliminator, is on the undercard of Terence Crawford vs Shawn Porter. Watch the video and rate this fight!

The undefeated former Olympian Esquiva Falcao entered this fight with a perfect boxing record of 28-0-0 (20 knockouts) and he is ranked as the No.38 middleweight in the world.
In his last three bouts he has won over Jorge Daniel Miranda, Morrama Dheisw de Araujo Santos and Artur Akavov.

His opponent, the undefeated Patrice Volny, has an official record of 16-0-0 (10 knockouts) and he entered as the No.47 in the middleweight division.
In his last three matches he has beat Nicolas Holcapfel, Uriel Gonzalez and Janks Trotter.