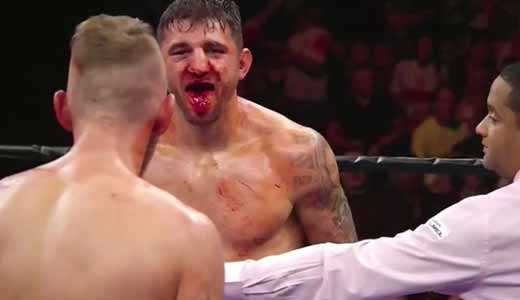 Review by AllTheBestFights.com: 2015-10-16, non-stop action packed fight thanks to an outstanding performance by both boxers and with some very nice toe-to-toe exchanges: Andrzej Fonfara vs Nathan Cleverly is one of the best boxing fights of the year 2015 and it gets four stars!

The former Ibo light-Hw champion Andrzej Fonfara entered this fight with a pro boxing record of 27-3-0 (16 knockouts) and he is ranked as the No.3 light heavyweight in the world (currently the #1 in this division is Sergey Kovalev). He suffered his last loss in 2014 when he faced Adonis Stevenson (=Stevenson vs Fonfara), after this bout he has won over Doudou Ngumbu (=Fonfara vs Ngumbu) and Julio Cesar Chavez Jr (=Chavez Jr vs Fonfara).
His opponent, the former Wbo light-Hw champion Nathan Cleverly, has a record of 29-2-0 (15 knockouts) and he entered as the No.13 in the same weight class. He also lost in 2014, against Tony Bellew in their rematch (=Cleverly vs Bellew 2), but he came back to win in 2015 beating Tomas Man (=Cleverly vs Man). Fonfara vs Cleverly is valid for the WBC International light heavyweight title. Watch the video and rate this fight!