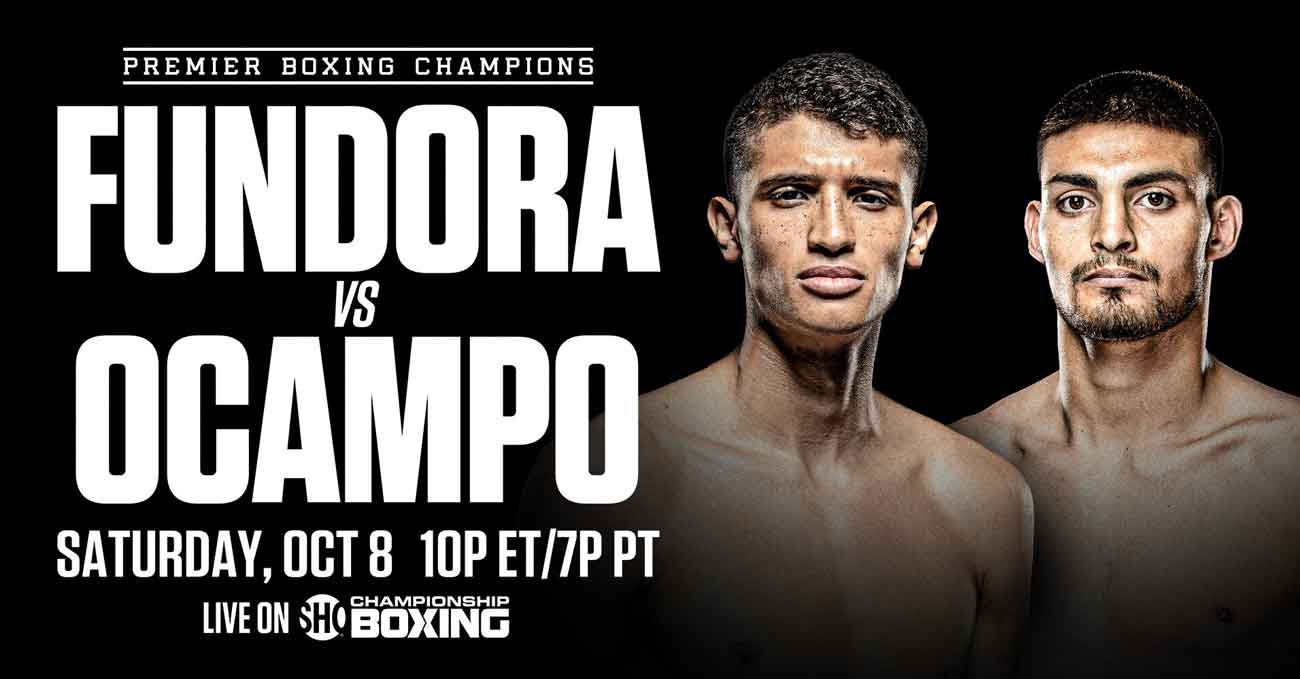 Review by AllTheBestFights.com: 2022-10-08, pretty good boxing match: Sebastian Fundora vs Carlos Ocampo gets three stars (take a look at our ranking of the Best Boxing Fights of 2022).
Ocampo vs Fundora is scheduled to take place Saturday, October 8th, at the Dignity Health Sports Park in Carson (California, USA), in a 12-round light middleweight (154 lbs, 69.9 kg) bout; it is the main event of the evening and it is valid for the interim WBC World super-welterweight title (Fundora’s first defense). Watch the video and rate this fight!

His opponent, Carlos Ocampo, has an official record of 34-1-0 (22 knockouts) and he entered as the No.19 in the light middleweight division.
He suffered his only loss when he faced Errol Spence Jr in 2018 (Errol Spence Jr vs Carlos Ocampo), since then he has won 12 consecutive bouts beating Omir Rodriguez, Mikael Zewski and Vicente Martin Rodriguez in his last three.