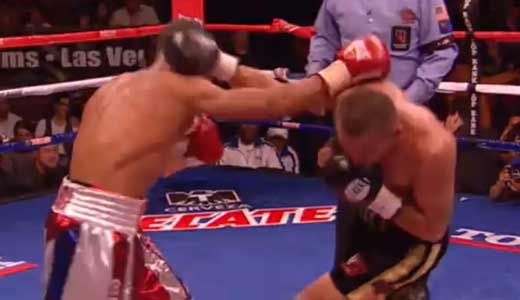 Review: 2010-09-11, Yuriorkis Gamboa (18-0-0) had won the WBA World featherweight title in 2009 and he had already defended his belt three times, instead Orlando Salido (34-10-2) was the reigning champion of the IBF featherweight title. In the eighth round Gamboa went down but in the last round the Cuban boxer knocked down Salido two times defeating the Mexican by unanimous decision (in the 12th round Joe Cortez deducted 2 points to Gamboa for hitting Salido while he was down). The fight Gamboa vs Salido was tough but also technical, with a high pace: one of the best boxing fights of 2010. Watch the video!

(This is a free embeddable highlights video hosted on Hbo.com)