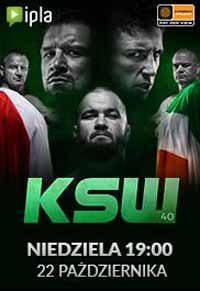 The undefeated Ksw Lw champion Mateusz Gamrot entered this fight with a perfect mma record of 13-0-0 (54% finishing rate) and he is ranked as the No.32 lightweight in the world. In his last three fights he has won over Mansour Barnaoui, Renato Gomes Gabriel and Norman Parke in their first and previous bout (=
Gamrot vs Parke I).
His opponent, the black belt in judo and Tuf Lw tournament winner Norman Parke, has a mma record of 23-6-1 (70% finishing rate) and he entered as the No.77 in the same weight class but he lost two out out of his last four bouts, against Rustam Khabilov in 2016 and with Gamrot in 2017; between these two fights he had won over Andrew Fisher and Paul Redmond. Gamrot vs Parke 2 is valid for the KSW lightweight title; undercard of Mariusz Pudzianowski vs Jay Silva – KSW 40. Watch the video and rate this fight!