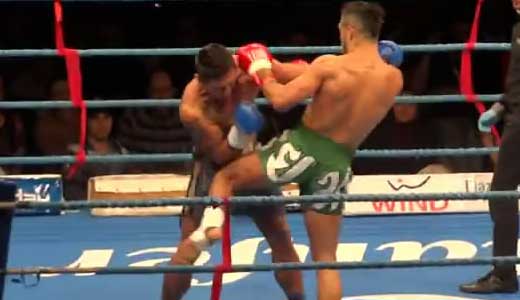 Review: 2013-03-02, explosive first round with one knockdown and a spectacular finish: Giorgio Petrosyan vs Ole Laursen is one of the best K-1 fights of 2013, 4 stars! Giorgio Petrosyan ranked as the No.1 super welterweight in the world, entered the fight with a record of 74-1-2 while Ole Laursen had a record of 34-18-0. Petrosyan vs Laursen is the main event of the evening. Watch the video!