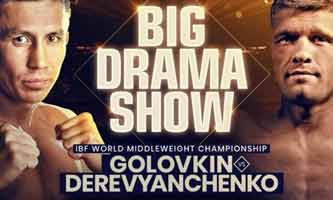 Review by AllTheBestFights.com: 2019-10-05, close and tough fight between Gennady Golovkin and Sergiy Derevyanchenko: it gets three stars.