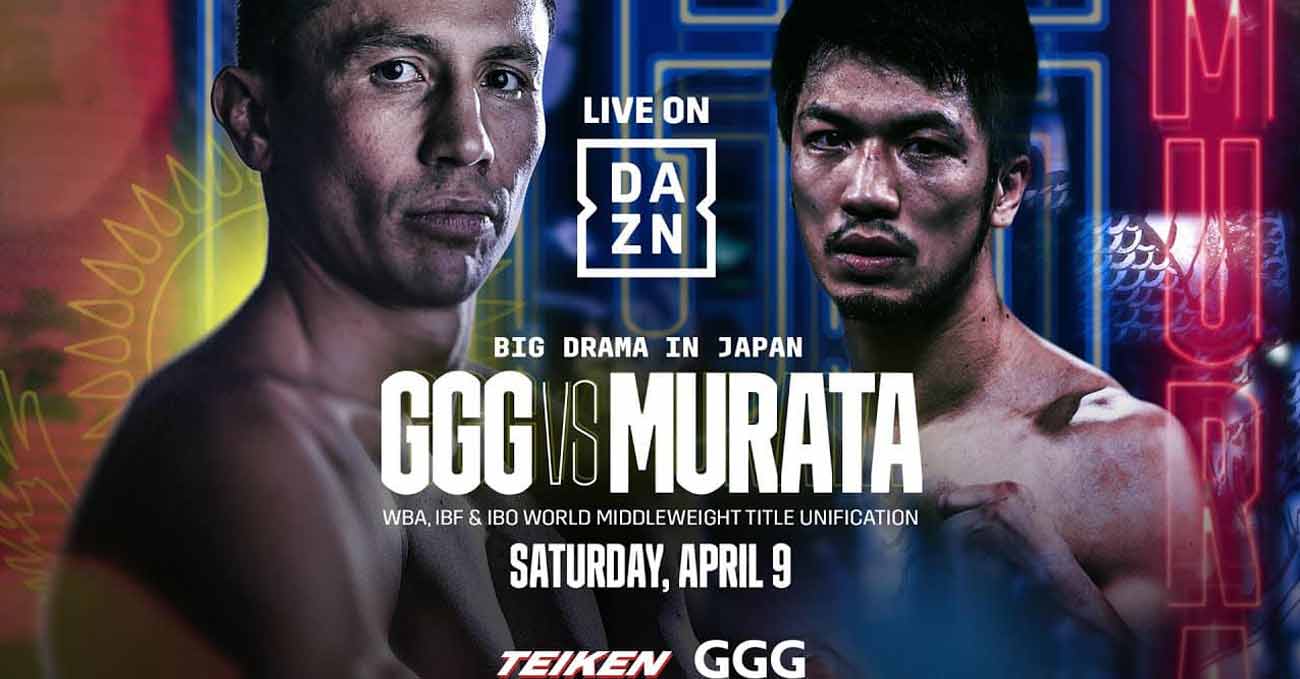 Review by AllTheBestFights.com: 2022-04-09, great performance by both fighters: the boxing fight Gennadiy Golovkin vs Ryota Murata is very close to get four stars (take a look at our ranking of the Best Boxing Fights of 2022).
Murata vs GGG Golovkin is the main event of the evening and it is valid for the WBA and IBF World middleweight titles. Watch the video and rate this fight!

His opponent, the 2012 Olympic Mw gold medalist and Wba Mw champion Ryota Murata, has an official record of 16-2-0 (13 KOs=81%) but he is not ranked as he hasn’t fought since December 2019.
He fought twice with Rob Brant between 2018 and 2019, losing the first fight (Ryota Murata vs Rob Brant I) and winning the rematch (Rob Brant vs Ryota Murata 2); after this bout he has also beat Steven Butler (Ryota Murata vs Steven Butler).