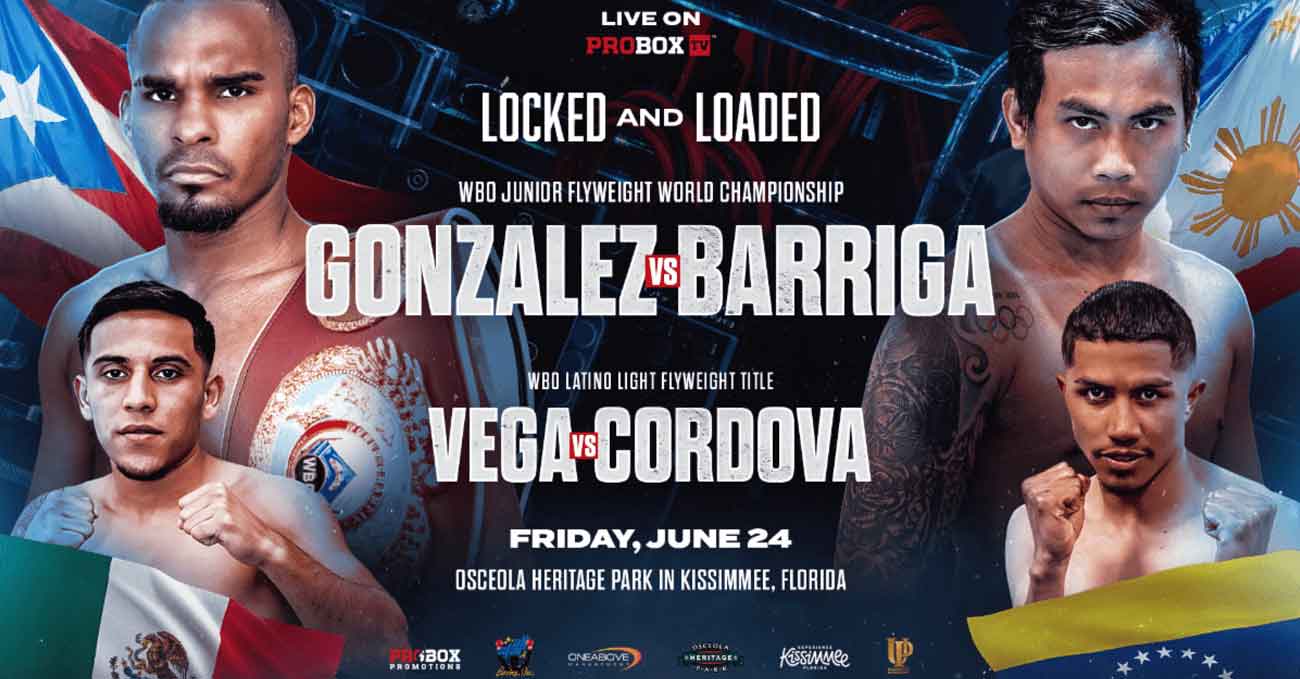 Review by AllTheBestFights.com: 2022-06-24, boxing fight not so exciting: Jonathan Gonzalez vs Mark Barriga gets two stars (take a look at our ranking of the Best Boxing Fights of 2022).
Barriga vs Gonzalez is the main event of the evening and it is valid for the WBO World light-flyweight title (Gonzalez’s first defense). Watch the video and rate this fight!

His opponent, the former Olympian Mark Anthony Barriga, has an official boxing record of 11-1-0 (2 knockouts) and he entered as the No.49 in the light flyweight division.
He suffered his only loss when he faced Carlos Licona in 2018 (via split decision, Mark Anthony Barriga vs Carlos Licona) after this match he has won over Junuel Lacar and Ramel Antaran.