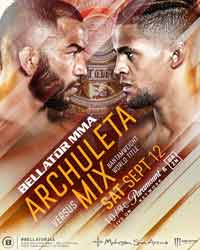 Review by AllTheBestFights.com: 2020-09-12, Jon Fitch vs Neiman Gracie gets three stars only thanks to a good finish.
The former Wsof/PFL Ww champion Jon Fitch entered this fight with a pro record of 32-7-2 (37% finishing rate) but he is not ranked as he hasn’t fought since April 27, 2019 when he tied with Rory MacDonald (Rory MacDonald vs Jon Fitch); before this bout he had beat Paul Daley in 2018 (Jon Fitch vs Paul Daley) and Brian Foster in 2017 (Jon Fitch vs Brian Foster).
His opponent, the black belt in Brazilian jiu-jitsu and 4th generation member of the Gracie family Neiman Gracie, has an official mma record of 9-1-0 (89% submission victory rate – he has never won via ko/tko) and he entered as the No.80 welterweight in the world but he comes off the loss against Rory MacDonald (Rory MacDonald vs Neiman Gracie); before this bout he had beat Ed Ruth (Neiman Gracie vs Ed Ruth) and Javier Torres in 2018 (Neiman Gracie vs Javier Torres). Gracie vs Fitch is on the undercard of Juan Archuleta vs Patrick Mix – Bellator 246. Watch the video and rate this fight!