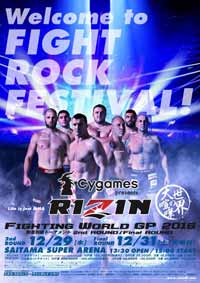 Review by AllTheBestFights.com: 2016-12-31, good fight between Tatsuya Kawajiri and Kron Gracie: it gets three stars.

Tatsuya Kawajiri entered this fight with a professional mma record of 35-10-2 (63% finishing rate) and he is ranked as the No.26 featherweight in the world but he comes off two consecutive losses, against Dennis Bermudez (=Kawajiri vs Bermudez) and Cub Swanson.
His opponent, the black belt in Brazilian jiu-jitsu and judo Kron Gracie, has an official record of 3-0-0 (100% submission victory rate – he has never won via ko/tko); he has fought once in 2016 beating Hideo Tokoro (=Gracie vs Tokoro). Kawajiri vs Gracie is the main event of Rizin 4 2016 Final Round. Watch the video and rate this fight!