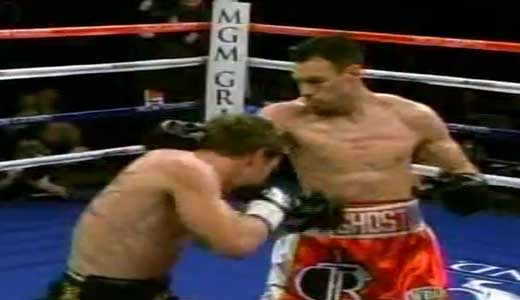 Review: 2011-04-09, Guerrero vs Katsidis was the best fight of the last week end and one of the best boxing fight of 2011. Robert Guerrero entered the fight with a record of 28-1-1 (his only career loss has been to Gamaliel Diaz in 2005, via split decision) while Michael Katsidis had a record of 27-3-0 (he comes from the defeat against Juan Manuel Marquez, four-stars fight in 2010). Guerrero vs Katsidis is valid for the interim WBA and WBO lightweight titles. Watch the video!