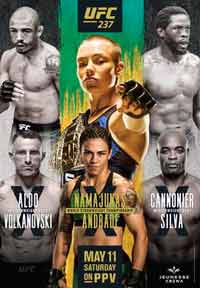 Review by AllTheBestFights.com: 2019-05-11, pretty good fight between Clay Guida and BJ Penn: it gets three stars.

The former Strikeforce Lw champion Clay Guida entered this fight with a record of 34-18-0 (59% finishing rate) and he is ranked as the No.42 lightweight in the world but he comes off the loss against Charles Oliveira; before this bout, in 2017, he had beat Joe Lauzon in November (Joe Lauzon vs Clay Guida) and Erik Koch in June.
His opponent, the black belt in Brazilian jiu-jitsu, former Ufc Lw and Ww champion BJ Penn, has a mma record of 16-13-2 (81% finishing rate) but he entered as the No.365 in the same weight class since he comes off six consecutive losses, the last one against Ryan Hall (BJ Penn vs Ryan Hall); his last victory was in 2010 against Matt Hughes. Guida vs Penn is on the undercard of Rose Namajunas vs Jessica Andrade – UFC 237. Watch the video and rate this fight!