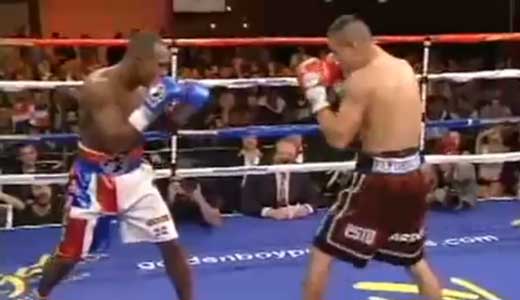 Review: 2007-11-17, one of the best boxing fights of 2007 was certainly Joan Guzman vs Humberto Soto. The undefeated Joan Guzman (27-0-0) for the second time defended the WBO super featherweight title (won against Jorge Rodrigo Barrios in 2006) and his opponent was the younger “La Zorrita” Soto (43-5-2). Watch the video!