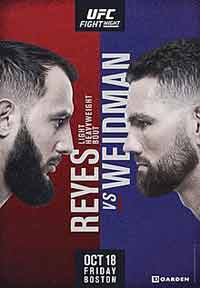 Review by AllTheBestFights.com: 2019-10-18, disappointing fight between Greg Hardy and Ben Sosoli: it gets two stars.

Result: Click here to show the fight’s result
Greg Hardy def. Ben Sosoli (No-Contest – Originally a unanimous decision win for Hardy, then overturned after he used an inhaler between rounds 2 and 3)