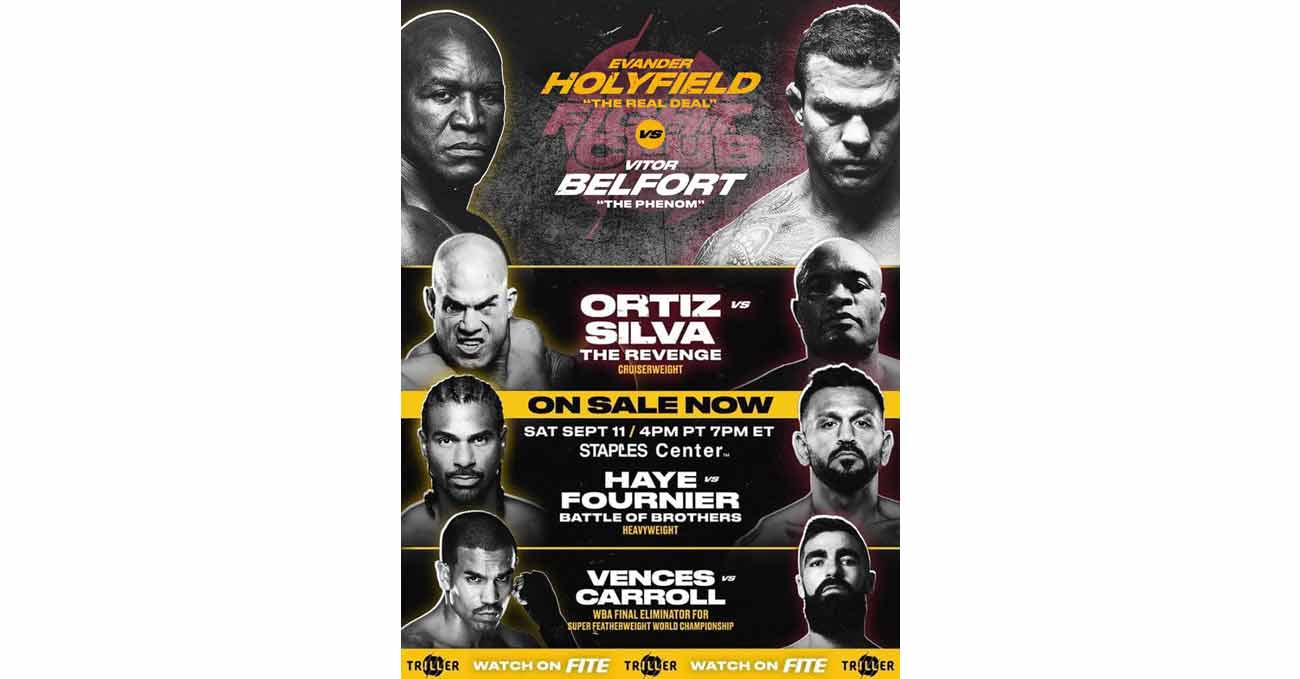 Review by AllTheBestFights.com: 2021-09-11, boxing fight not particularly good: David Haye vs Joe Fournier gets two stars (take a look at our ranking of the Best Boxing Fights of 2021).
Fournier vs Haye is on the undercard of Evander Holyfield vs Vitor Belfort. Watch the video and rate this fight!

His opponent, the undefeated Joe Fournier, has a perfect boxing record of 9-0-0 (9 KOs=100%) and he entered as the No.259 in the light heavyweight division.
In his last three fights he has won over Francisco Suero Perez, Antonio Sanchez and Andres Felipe Robledo Londono.