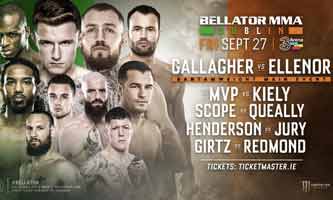 Review by AllTheBestFights.com: 2019-09-27, pretty boring fight between Benson Henderson and Myles Jury: it gets two stars.

The black belt in tae-kwon-do, Bjj and former Ufc Lw champion Benson Henderson entered this fight with a pro mma record of 27-8-0 (52% finishing rate) and he is ranked as the No.11 lightweight in the world. He lost two consecutive bouts between 2016 and 2017, against Michael Chandler (Chandler vs Henderson) and Patricky Freire (Benson Henderson vs Patricky Freire), but then he has won three fights defeating Adam Piccolotti in his last one (Benson Henderson vs Adam Piccolotti).
His opponent, the black belt in Bjj Myles Jury, has a record of 17-4-0 (76% finishing rate) and he entered as the No.36 featherweight but he comes off two consecutive losses, against Chad Mendes (Chad Mendes vs Myles Jury) and Andre Fili (Myles Jury vs Andre Fili); before this fight, in 2017, he had won over Mike De La Torre and Rick Glenn. Henderson vs Jury is on the undercard of James Gallagher vs Roman Salazar – Bellator 227. Watch the video and rate this fight!