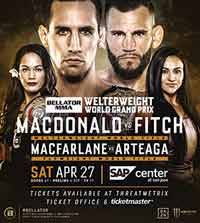 Review by AllTheBestFights.com: 2019-04-27, nice exchanges on the ground between Benson Henderson and Adam Piccolotti: it gets three stars.

The black belt in tae-kwon-do, Bjj and former Ufc Lw champion Benson Henderson entered this fight with a professional record of 26-8-0 (54% finishing rate) and he is ranked as the No.13 lightweight in the world. He lost two consecutive bouts between 2016 and 2017, against Michael Chandler (Chandler vs Henderson) and Patricky Freire (Benson Henderson vs Patricky Freire), but then he has beat Roger Huerta (Benson Henderson vs Roger Huerta) and Saad Awad (Benson Henderson vs Saad Awad).
His opponent, the black belt in Brazilian jiu-jitsu Adam Piccolotti, has a mma record of 11-2-0 (64% finishing rate) and he entered as the No.62 in the same weight class. He lost twice in 2017, with Goiti Yamauchi and David Rickels, but he came back to win in 2018 against Carrington Banks and James Terry. Ben Henderson vs Piccolotti is on the undercard of Rory MacDonald vs Jon Fitch – Bellator 220. Watch the video and rate this fight!