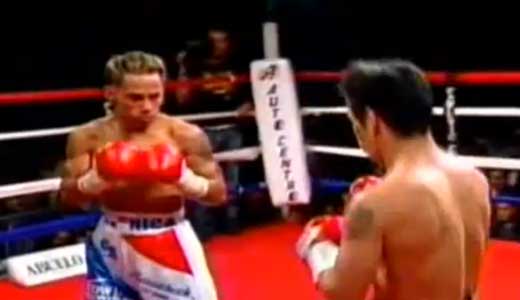 Review: 2011-04-02, great start with both fighters went to the canvas, but the fight goes on and it becomes a real war: four stars for the spectacular fight between Hernan “Tyson” Marquez and Luis “El Nica” Concepcion; unfortunately the pace slows down a little bit between the sixth and ninth round, if not it could be a candidate for Fight of the Year 2011. Hernan Marquez entered the fight with a record of 29-2-0 while Luis Concepcion had a record of 22-1-0. Marquez vs Concepcion is valid for the WBA World flyweight title. Watch the video!