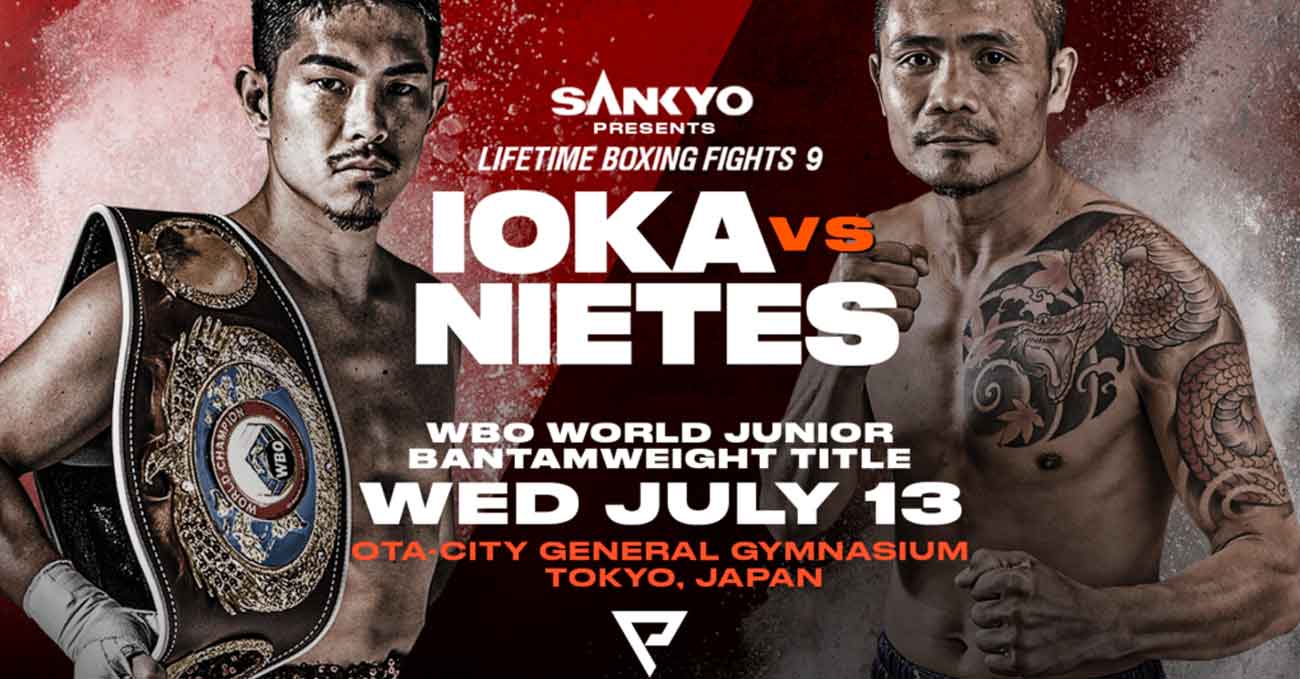 Review by AllTheBestFights.com: 2022-07-13, boxing fight not so exciting: Kazuto Ioka vs Donnie Nietes 2 gets two stars (take a look at our ranking of the Best Boxing Fights of 2022).
Nietes vs Ioka 2 is the main event of the evening and it is valid for the WBO World super-flyweight title. Watch the video and rate this fight!

The world champ in four different weight divisions Kazuto Ioka entered this fight with a professional boxing record of 28-2-0 (15 knockouts) and he is ranked as the No.2 super flyweight in the world (currently the #1 in this division is Roman Gonzalez).
He lost to Nietes in their first match in 2018 (via split decision, Donnie Nietes vs Kazuto Ioka I) but then he has won five consecutive bouts beating Francisco Rodriguez Jr (Kazuto Ioka vs Francisco Rodriguez Jr) and Ryoji Fukunaga in 2021 (Kazuto Ioka vs Ryoji Fukunaga).

His opponent, the former world champion in three different weight classes Donnie Nietes, has an official record of 43-1-6 (23 knockouts) and he entered as the No.4 in the super flyweight division.
He suffered his only loss when he faced Angky Angkotta in 2004, since then he has collected 32 victories and 5 draws beating Pablo Carrillo in April 2021 and drawing with Norbelto Jimenez in December.