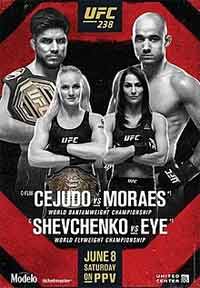 Review by AllTheBestFights.com: 2019-06-08, disappointing fight between Tai Tuivasa and Blagoy Ivanov: it gets two stars.

Tai Tuivasa entered this fight with a pro record of 8-1-0 (88% ko/tko victory rate – he has never won via submission) and he is ranked as the No.22 heavyweight in the world but he comes off his first loss, suffered against Junior dos Santos in December 2018 (via tko, Junior dos Santos vs Tai Tuivasa). Before this bout, the same year, he had beat Andrei Arlovski in June (Andrei Arlovski vs Tai Tuivasa) and Cyril Asker in February (Tai Tuivasa vs Cyril Asker).
His opponent, the black belt in judo, former world combat sambo and Wsof champion Blagoy Ivanov, has an official mma record of 17-2-0 (71% finishing rate) and he entered as the No.21 in the same weight class. He also lost to Junior dos Santos in 2018 (via unanimous decision, Junior dos Santos vs Blagoy Ivanov) but he came back to win in 2019 against Ben Rothwell (Blagoy Ivanov vs Ben Rothwell). Tuivasa vs Ivanov is on the undercard of Henry Cejudo vs Marlon Moraes – UFC 238. Watch the video and rate this fight!