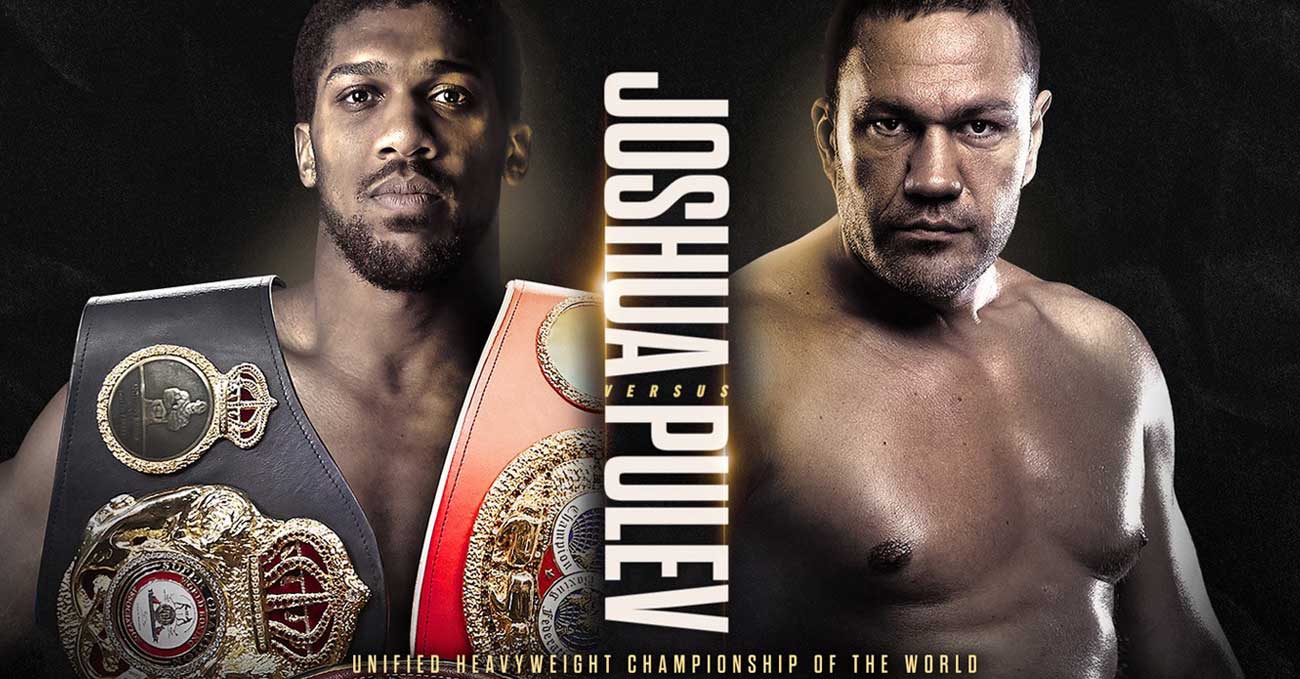 Review by AllTheBestFights.com: 2020-12-12, good fight with some very exciting rounds: Anthony Joshua vs Kubrat Pulev is very close to get four stars (take a look at our ranking of the best boxing fights of 2020).
The 2012 Olympic super heavyweight gold medalist and current IBF, IBO, WBO, WBA world champion Anthony Joshua entered this fight with a professional boxing record of 23-1-0 (21 KOs=91%) and he is ranked as the No.3 heavyweight in the world (currently the #1 in this division is Tyson Fury). He beat Alexander Povetkin in September 2018 (Anthony Joshua vs Alexander Povetkin) but then he suffered his first loss in June 2019 against Andy Ruiz Jr (this fight took second place in ours Users’ Boxing Fight of the year 2019, Anthony Joshua vs Andy Ruiz Jr I); after six months AJ took revenge on the Mexican in their second fight (Andy Ruiz Jr vs Anthony Joshua II). If you want to watch Joshua’s best fights, here are a 4-stars fight of 2015, Anthony Joshua vs Dillian Whyte, and “The Ring magazine” Fight of the Year 2017, Anthony Joshua vs Wladimir Klitschko.
His opponent, the former Olympian Kubrat Pulev, has an official record of 28-1-0 (14 knockouts) and he entered as the No.11 in the same weight class. He suffered his only loss when he faced Wladimir Klitschko in 2014 (Klitschko vs Pulev) but since then he has won eight consecutive bouts beating Bogdan Dinu (Kubrat Pulev vs Bogdan Dinu) and Rydell Booker in 2019 (Kubrat Pulev vs Rydell Booker). Pulev vs Joshua is valid for the WBA, IBF, WBO and IBO World heavyweight titles. Watch the video and rate this fight!