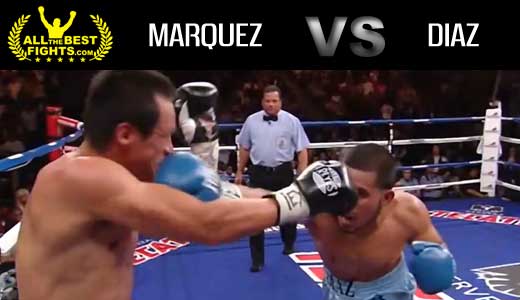 Review: 2009-02-28, the first fight between Juan Manuel Marquez and Juan Diaz was the “fight of the year” of 2009. Marquez (49-4-1) came from the important victory versus Joel Casamayor and tried to win a world title in the third category of weight since he had won a world title in the featherweight and super featherweight divisions. Diaz (34-1-0) had already won the WBO and WBA lightweight titles in 2008 but he had lost them in the fight versus Nate Campbell who had left them vacant because he tried to climb the welterweight division. The fight had a very high pace and was very balanced until the ninth round when the “aged” Marquez (older than 10 years) knocked Diaz out. Watch the video!