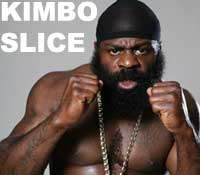 Review: 2012-05-12, even with the knockout in the first round the fight of Kevin “Kimbo Slice” Ferguson and Jesse Porter isn’t worth our three stars. Kevin Ferguson entered the fight with a record of 4-0-0 while Jesse Porter had a record of 3-4-0 (on the original fight card Kimbo Slice was expected to face Richard Dawson). Watch the video!