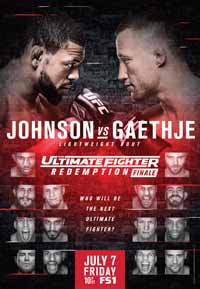 Review by AllTheBestFights.com: 2017-07-07, pretty good fight between Marc Diakiese and Drakkar Klose: it gets three stars.

Both undefeated, the Bamma Lw champion Marc Diakiese entered this fight with a perfect mma record of 12-0-0 (58% finishing rate) and he is ranked as the No.71 lightweight in the world while his opponent, Drakkar Klose, has an official record of 7-0-1 (57% ko/tko victory rate – he has never won via submission). Both fighters have already fought once in 2017: Diakiese has beat Teemu Packalen while Klose has defeated Devin Powell. Drakkar Klose vs Marc Diakiese is on the undercard of Michael Johnson vs Justin Gaethje – UFC Tuf 25. Watch the video and rate this fight!