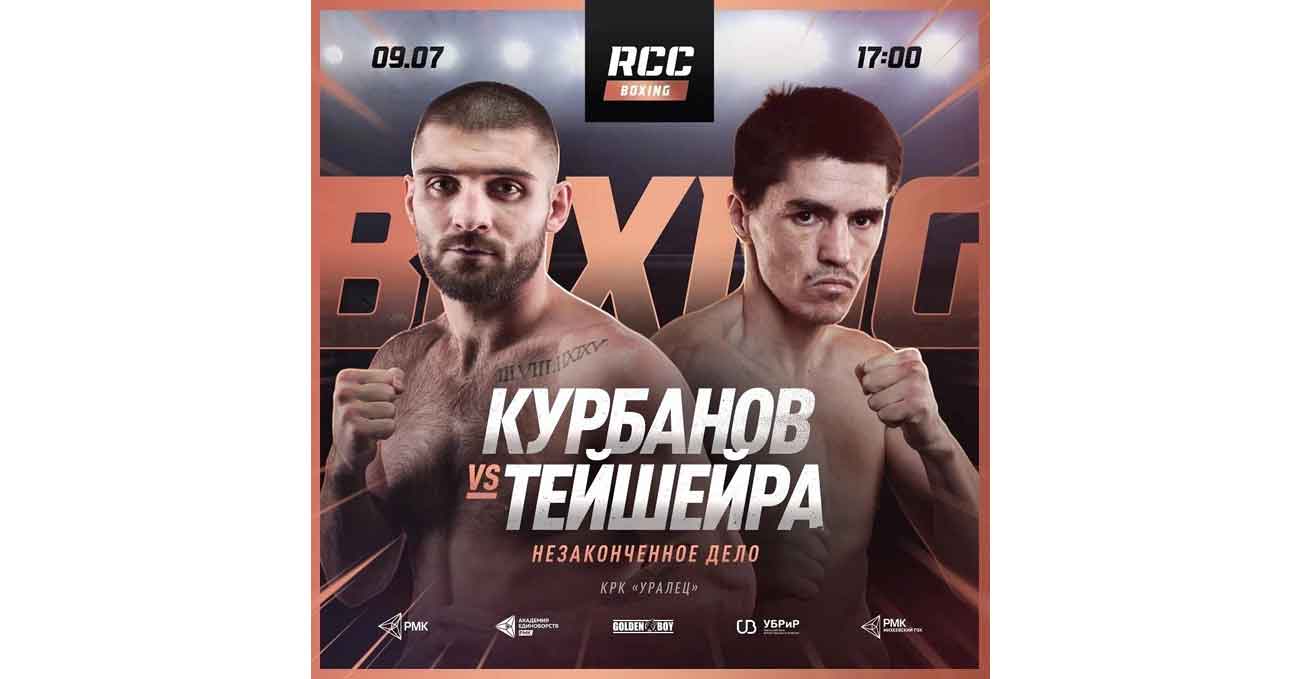 Review by AllTheBestFights.com: 2022-07-09, boxing fight not so exciting: Magomed Kurbanov vs Patrick Teixeira gets two stars (take a look at our ranking of the Best Boxing Fights of 2022).
Teixeira vs Kurbanov is the main event of the evening. Watch the video and rate this fight!

The undefeated Magomed Kurbanov entered this fight with a perfect boxing record of 22-0-0 (13 knockouts) but he is not ranked as he hasn’t fought since May 2021.
In his last three matches he has won over Ilya Ochkin, Dmitry Mikhaylenko and Liam Smith (Liam Smith vs Magomed Kurbanov).