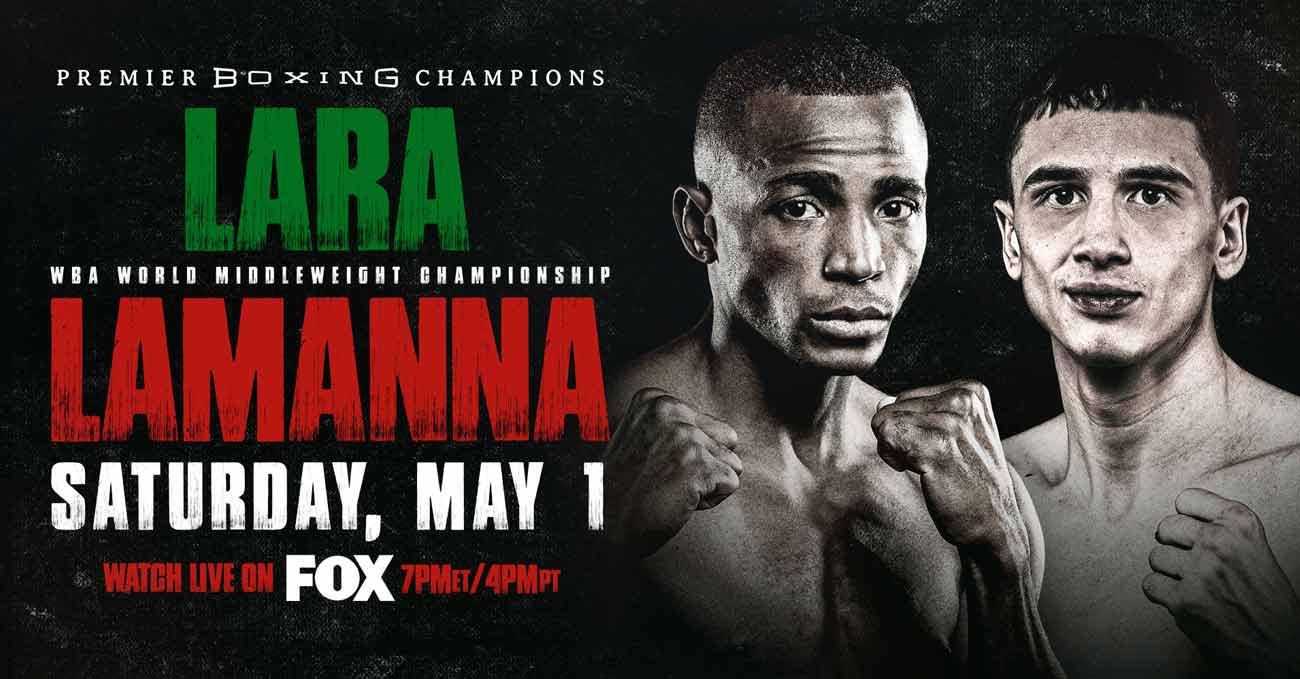 Review by AllTheBestFights.com: 2021-05-01, the boxing fight Erislandy Lara vs Thomas Lamanna gets three stars thanks to a nice finish (take a look at our ranking of the Best Boxing Fights of 2021).
Lamanna vs Lara is valid for the vacant WBA World middleweight title; undercard of Andy Ruiz Jr vs Chris Arreola. Watch the video and rate this fight!

His opponent, Thomas Lamanna, has an official record of 30-4-1 (12 knockouts) and he entered as the No.112 in the middleweight division.
He lost two consecutive bouts last year, against Jorge Cota and Brian Mendoza, but then he has won over Jorge Pimentel and Juan de Jesus Angulo Gonzalez.

Selection of the best videos about the fight Erislandy Lara vs Thomas Lamanna. If you have seen the full fight you can rate it at the bottom of this post.