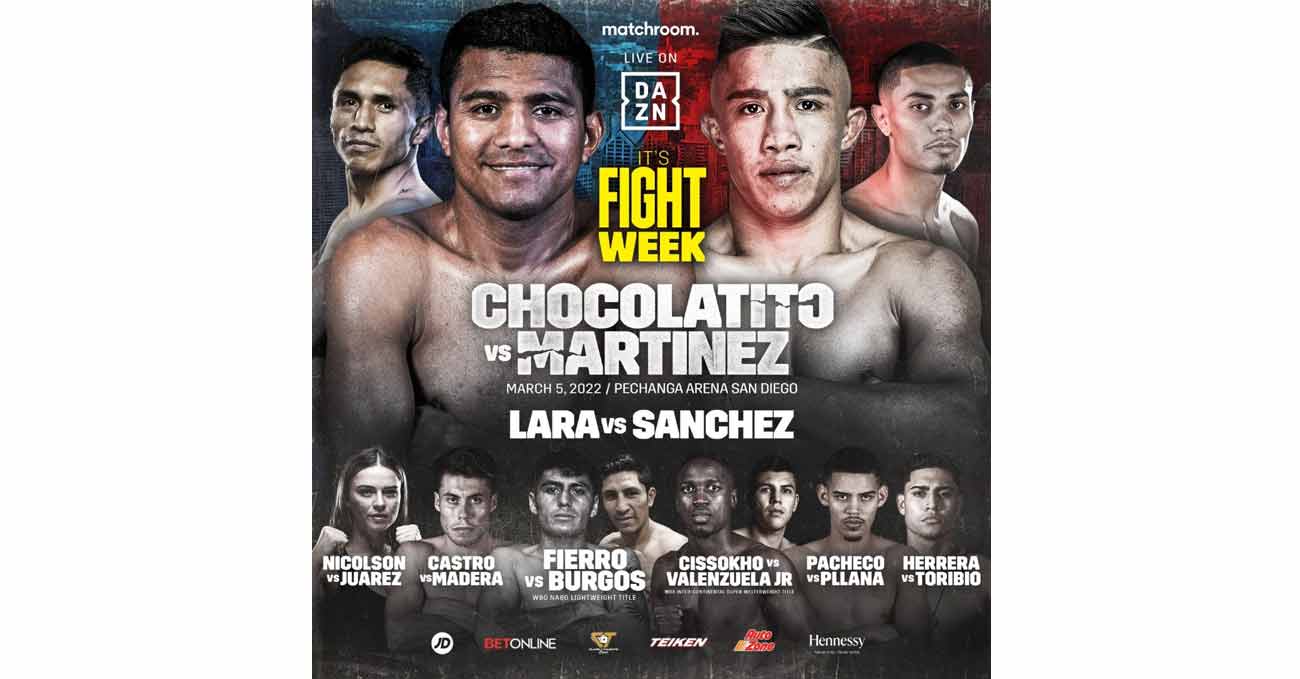 Review by AllTheBestFights.com: 2022-03-05, good pace with some tough exchanges: the boxing fight Mauricio Lara vs Emilio Sanchez gets three stars.
Sanchez vs Lara is on the undercard of Roman Gonzalez vs Julio Cesar Martinez Aguilar. Watch the video and rate this fight!

Mauricio Lara entered this fight with a professional record of 23-2-1 (16 knockouts) and he is ranked as the No.8 featherweight in the world (currently the #1 in this division is Emanuel Navarrete).
He lost to Eliot Chavez in 2018 but since then he has collected one no-contest and eleven victories beating Jesus Quijada, Sergio Puente and Josh Warrington in his last three (4-stars match, Josh Warrington vs Mauricio Lara I); after this match he faced again Warrington but the bout ended in a technical draw due to an accidental head clash (Mauricio Lara vs Josh Warrington 2).

His opponent, Emilio Sanchez, has a boxing record of 19-1-0 (12 knockouts) and he entered as the No.55 in the featherweight division.
He suffered his only loss when he faced Eugene Lagos in 2018, after this bout he has beat Christopher Martin, Enrique Bernache, Jose Santos Gonzalez and Christian Esquivel.