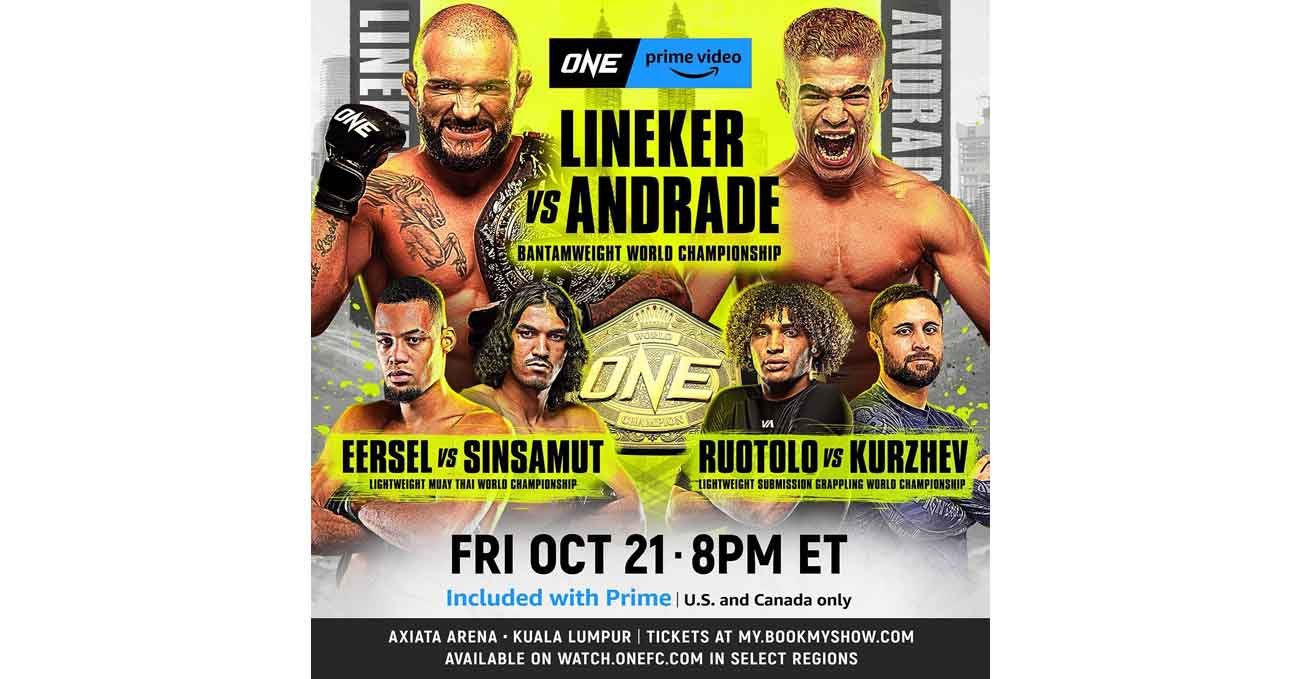 Review by AllTheBestFights.com: 2022-10-22, some good exchanges but it is not enough to get three stars: the mma match John Lineker vs Fabricio Andrade gets two (take a look at our ranking of the Best Mma Fights of 2022).
Andrade vs Lineker is scheduled to take place Saturday, October 22nd, at the Axiata Arena in Kuala Lumpur (Malaysia), in a 5-round featherweight (145 lbs, 66 kg) bout; it is the main event of ONE on Prime Video 3 (also known as ONE Fight Night 3). Watch the video and rate this fight!

His opponent, Fabricio Andrade, has an official record of 8-2-0 (75% finishing rate) and he entered as the No.46 in the featherweight division.
He lost two consecutive bouts between 2016 and 2017, against Zelimkhan Betergaraev and Xiaolong Wu, but then he has won seven matches defeating Jeremy Pacatiw and Kwon Won Il in 2022.