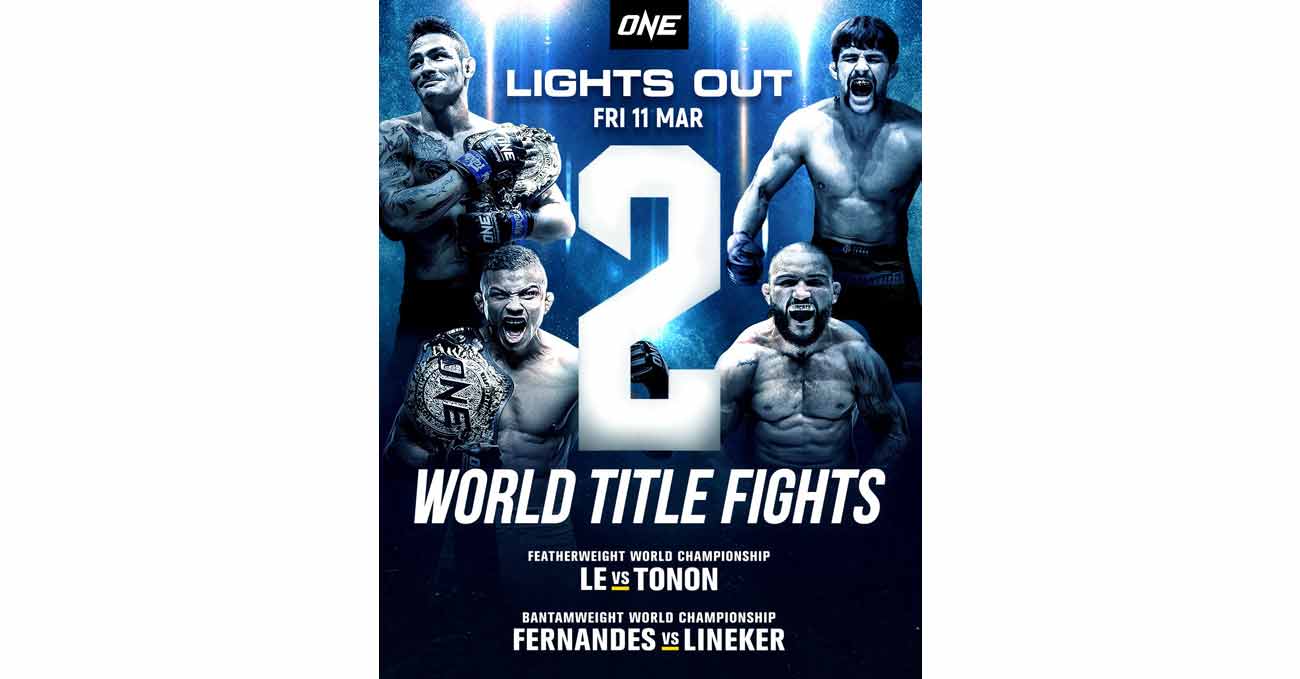 Review by AllTheBestFights.com: 2022-03-11, tough exchanges and good finish: the mma fight Bibiano Fernandes vs John Lineker gets three stars (take a look at our ranking of the Best Mma Fights of 2022).
Lineker vs Fernandes, co-main event of ‘ONE Championship: Lights Out’, is valid for the ONE bantamweight title; undercard of Thanh Le vs Garry Tonon. Watch the video and rate this fight!