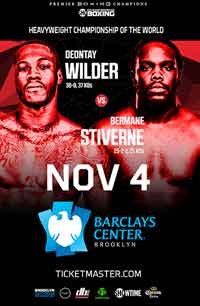 Review by AllTheBestFights.com: 2017-11-04, disappointing fight between Sergey Lipinets and Akihiro Kondo: it gets two stars.

The undefeated Sergey Lipinets entered this fight with a perfect record of 12-0-0 (10 KOs=83%) and he is ranked as the No.11 super lightweight in the world. In his last three bouts he has won over Walter Castillo (=Lipinets vs Castillo), Leonardo Zappavigna (=Lipinets vs Zappavigna) and Clarence Booth.
His opponent, Akihiro Kondo, has a boxing record of 29-6-1 (16 knockouts) and he entered as the No.52 in the same weight class. He lost to Ricky Sismundo in 2015 but since then he has collected eight consecutive victories beating Yuya Okazaki in his last one. Lipinets vs Kondo is valid for the vacant IBF World super lightweight title; undercard of Deontay Wilder vs Bermane Stiverne 2. Watch the video and rate this fight!