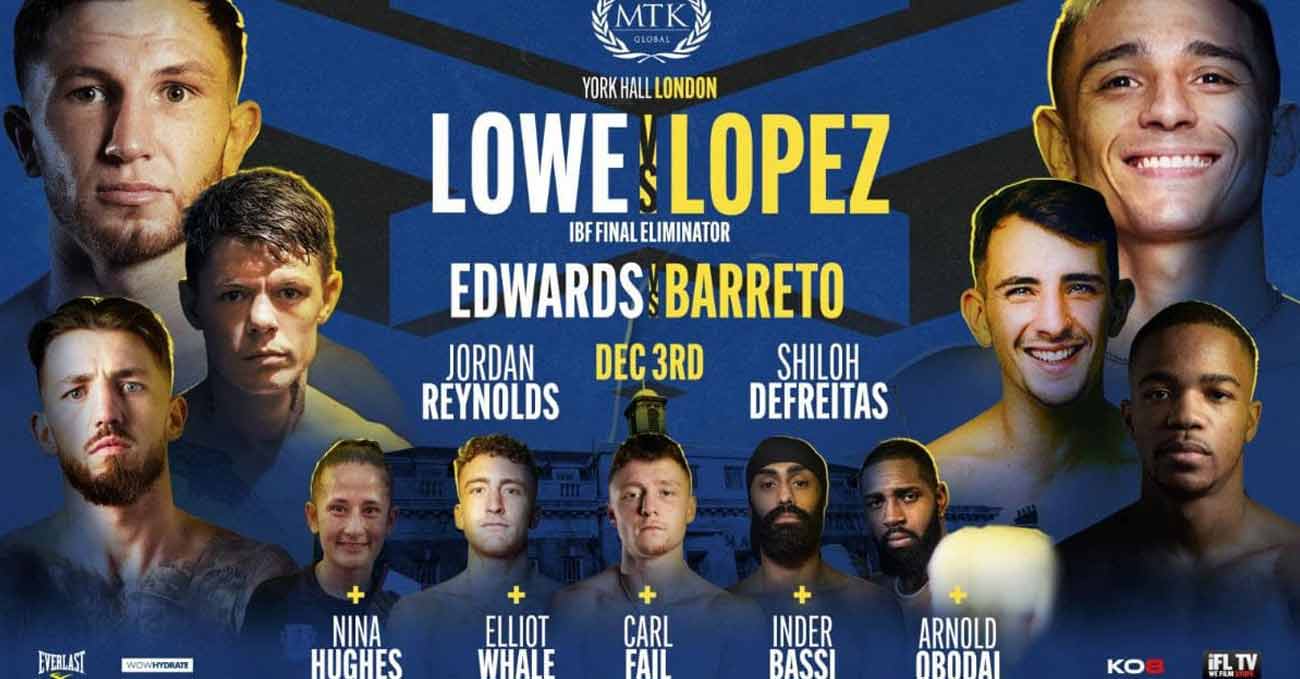 Review by AllTheBestFights.com: 2021-12-03, tough bout with some wild exchanges: the boxing fight Isaac Lowe vs Luis Alberto Lopez Vargas is very close to get four stars (take a look at our ranking of the Best Boxing Fights of 2021).
Lopez vs Lowe is the main event of the evening. Watch the video and rate this fight!

The undefeated Isaac Lowe entered this fight with a boxing record of 21-0-3 (6 knockoutse) and he is ranked as the No.34 featherweight in the world.
In his last three bouts he has won over Ruben Garcia Hernandez, Alberto Guevara and Ed Harrison.