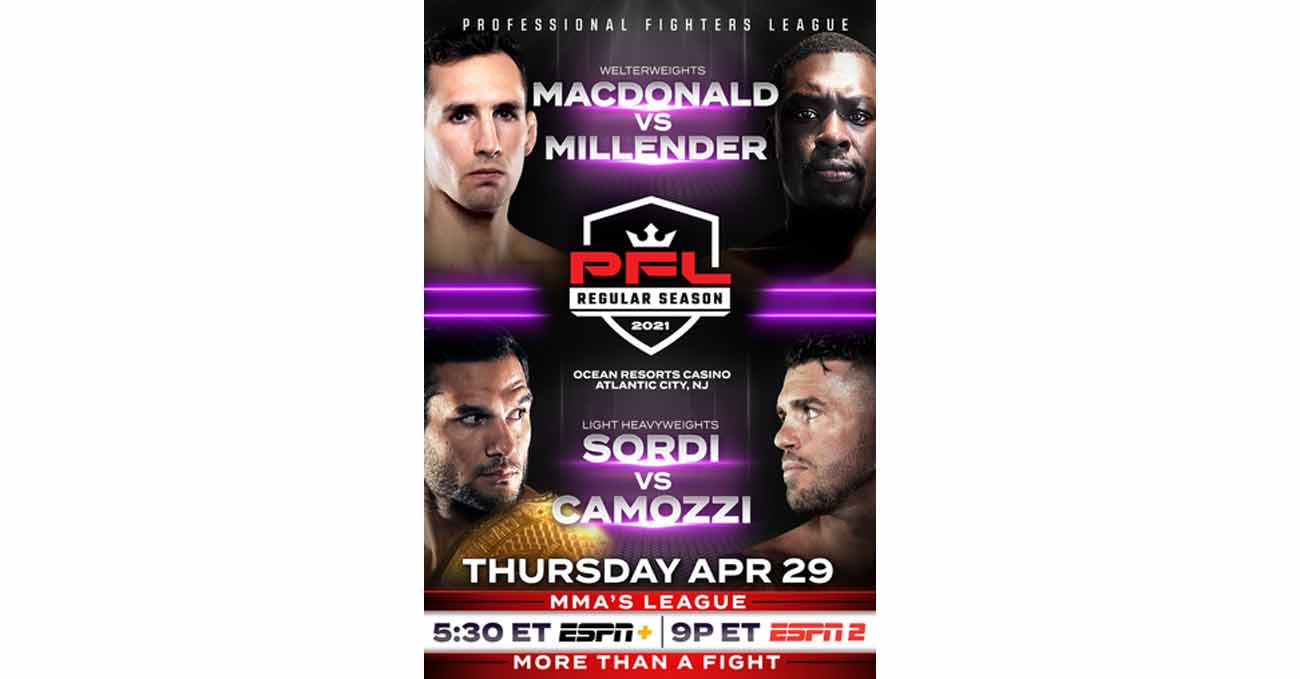 Review by AllTheBestFights.com: 2021-04-29, mma fight not so exciting: Rory MacDonald vs Curtis Millender gets two stars.
Millender vs MacDonald is the main event of Professional Fighters League 2 – PFL 2 2021. Watch the video and rate this fight!

His opponent, Curtis Millender, has an official record of 18-6-0 (33% ko/tko victory rate – he has never won via submission) and he entered as the No.64 in the welterweight division.
He lost three out of his last four matches, against Elizeu Zaleski dos Santos (Curtis Millender vs Elizeu Zaleski dos Santos) and Belal Muhammad in 2019, and with Sabah Homasi in August 2020; before this bout he had beat Moses Murrietta in January 2020

Selection of the best videos about the fight Rory MacDonald vs Curtis Millender. If you have seen the full fight you can rate it at the bottom of this post.