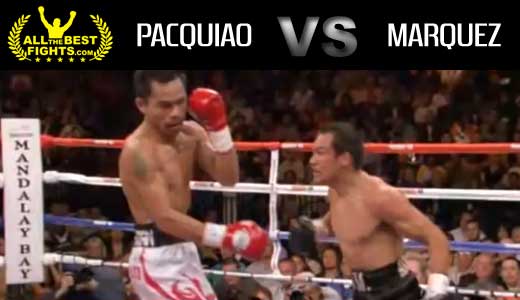 Review: 2008-03-15, the first fight between Manny Pacquiao and Juan Manuel Marquez ended in a draw, so after four years the two boxers fought for the second time in one of the best fights of 2008. Pacquiao (45-3-2) knocked down Marquez (48-3-1) in the third round but the Filipino just won the fight by split decision (most journalists had Marquez winning over Pacquiao!). This second fight between Pacquiao and Marquez was valid for the WBC super featherweight title. Watch the video!