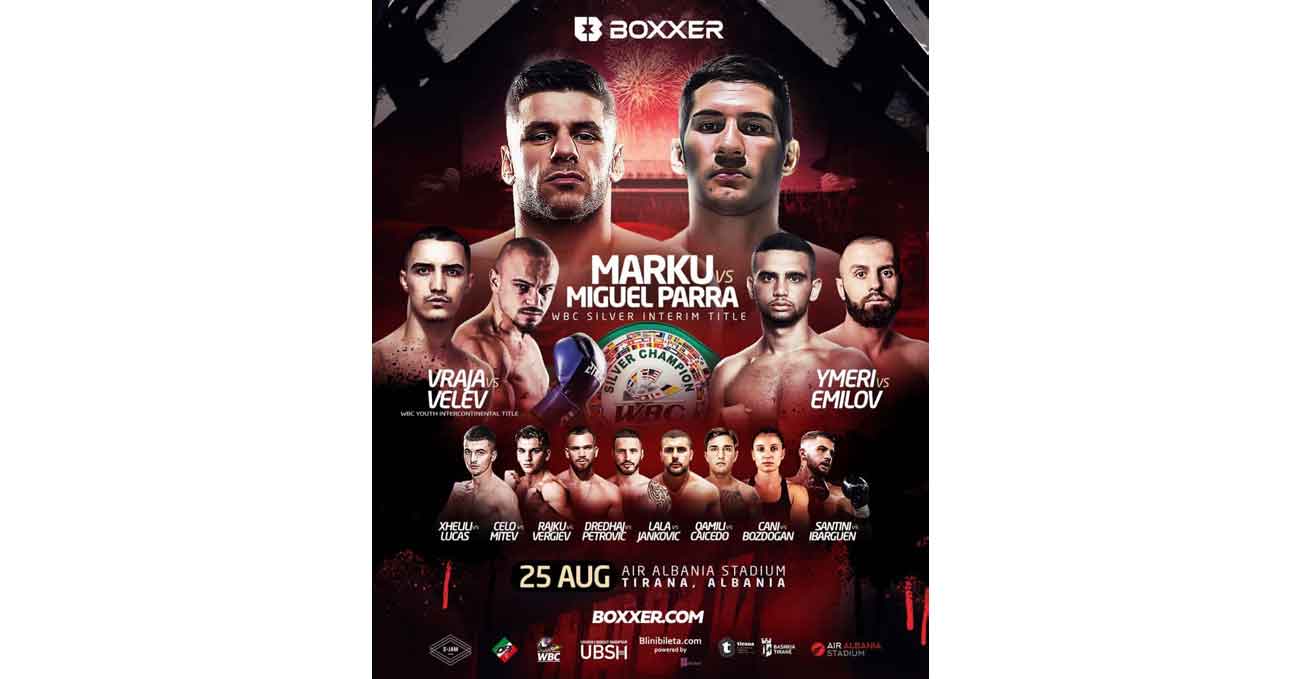 Review by AllTheBestFights.com: 2022-08-25, close bout with some tough exchanges: the boxing match Florian Marku vs Miguel Parra Ramirez get three stars (take a look at our ranking of the Best Boxing Fights of 2022).
Parra vs Marku is scheduled to take place Thursday, August 25th, at the Air Albania Stadium in Tirana (Albania), in a 10-round welterweight (147 lbs, 66.7 kg) bout; it is the main event of the evening. Watch the video and rate this fight!

The undefeated Florian Marku entered this fight with a pro boxing record of 11-0-1 (7 knockouts) and he is ranked as the No.43 welterweight in the world.
The only man who stopped him in a draw was Jamie Stewart in 2020, after this bout he has won over Rylan Charlton, Maxim Prodan, Jorick Luisetto and Chris Jenkins (Florian Marku vs Chris Jenkins).

His opponent, Miguel Parra Ramirez, has an official boxing record of 21-2-1 (14 knockouts) and he entered as the No.260 in the super-lightweight division.
He lost to Roiman Villa last year but he came back to win with Adalberto Borquez Covarrubias in July 2022.