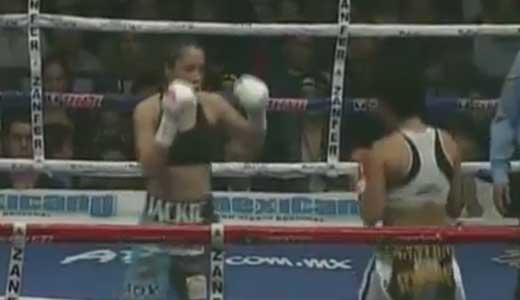 Review: 2012-01-28, epic women’s boxing fight with one knockdown in the fifth and a tremendous pace; we think that many male professional boxers should learn from these two lionesses…Chanttall Martinez vs Jackie Nava 2 is definitely one of the best boxing fights of 2012: four stars. Chanttall Martinez (15-4-0) entered as the No.1 super bantamweight in the world while Jackie Nava (25-4-3) entered as the No.2. Martinez vs Nava 2 is valid for the WBA female super bantamweight title (Martinez’s third defense); in their first fight Nava defeated Martinez by unanimous decision (January 30, 2010). Watch the video!