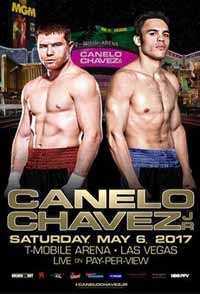 Review by AllTheBestFights.com: 2017-05-06, good exchanges between Lucas Matthysse and Emmanuel Taylor: it gets three stars.

The former Wbc super-Lw champion Lucas Martin Matthysse entered this fight with a record of 37-4-0 (34 KOs=92%) but he is not ranked as he hasn’t fought since October 3, 2015 when he was defeated by Viktor Postol (=Matthysse vs Postol). Before this fight he had won over Ruslan Provodnikov (=Matthysse vs Provodnikov).
His opponent, Emmanuel Taylor, has a boxing record of 20-4-0 (14 knockouts) and he entered as the No.41 super lightweight in the world. He suffered two consecutive losses between 2014 and 2015, against Adrien Broner (=Broner vs Taylor) and Antonio Orozco (=Taylor vs Orozco) but then he has beat Wilfredo Acuna and Carlos Aguilera. Lucas Matthysse vs Emmanuel Taylor is on the undercard of Saul Canelo Alvarez vs Julio Cesar Chavez Jr. Watch the video and rate this fight!