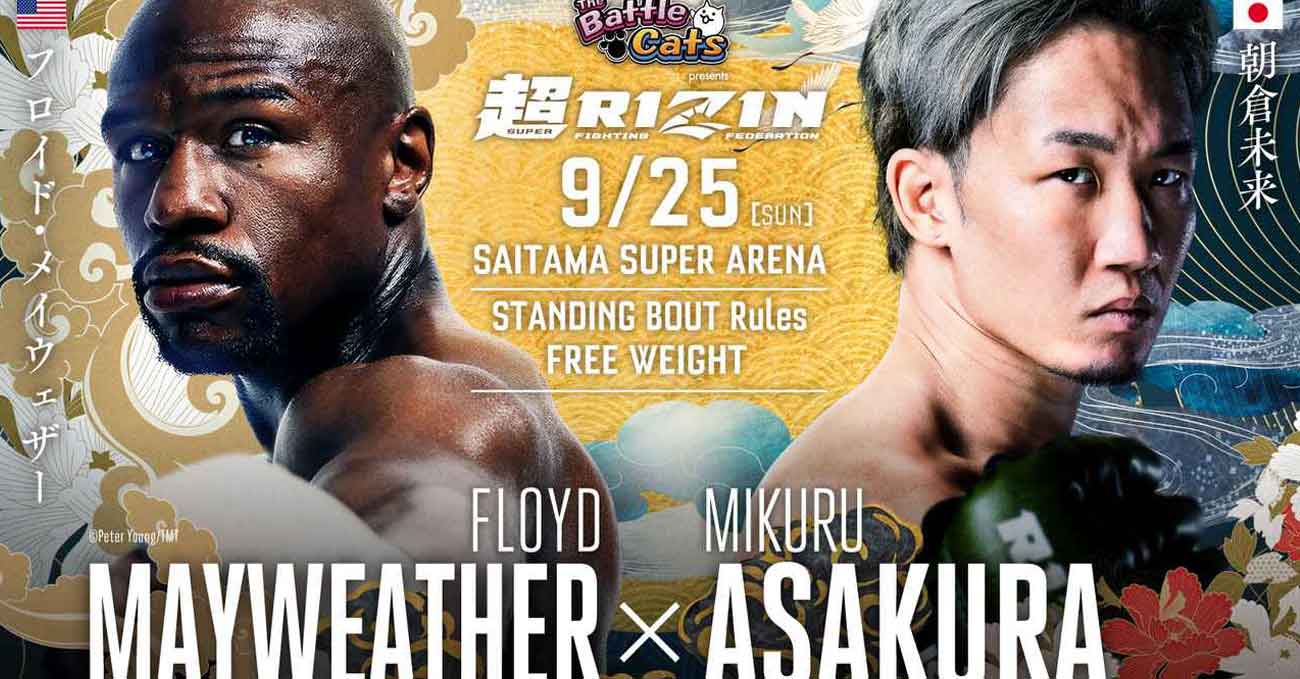 Review by AllTheBestFights.com: 2022-09-25, Floyd Mayweather Jr vs Mikuru Asakura was just an exhibition, so we prefer not to rate this boxing match, but it was not exciting… (take a look at our ranking of the Best Boxing Fights of 2022).
Asakura vs Mayweather is scheduled to take place Sunday, September 25th, at the Saitama Super Arena in Saitama (Japan), in a 3-round free weight bout; it is the main event of Super Rizin 38. Watch the video and rate this fight!

His opponent, the mma fighter and Youtuber Mikuru Asakura (朝倉未来), has an official mixed martial arts record of 16-3-0 (56% finishing rate) and he entered as the No.91 in the mma featherweight division.
He was defeated by Kleber Koike Erbst in 2021 but then he has beat Kyohei Hagiwara and Yutaka Saito.